This tablet is a cheaper version of the HP Slate 8. The price for the HP 8 G2 is $149, while it should be released sometime near the end of October.

But then there’s the specs. Believe it or not, HP have actually given this 7.85-inch Android tablet a 1024 x 768 resolution. So maybe it’s not so cheap after all then when it has the lowest resolution you can get on a tablet these days from a well known brand. 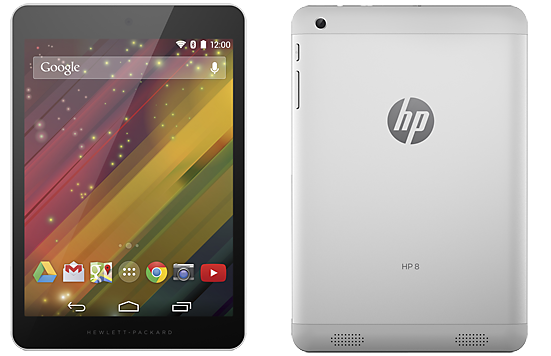 The processor HP is running on this tablet is the quad-core 1.2GHz Allwinner A33 processor. It also has 1GB of DDR3 SDRAM. Other main specifications are Android 4.4.2 KitKat, 16GB memory, a cheapskate 0.3MP front camera and a 2MP rear camera, 802.11 b/g/n Wi-Fi, stereo speakers, and a micro-USB 2.0 port.

The battery life is 7 hours, which is very little on a tablet with such a poor screen resolution. It’s not even light, with a weight of 372 gram.

Fortunately, the choice of 8-inch Android tablets is extensive, so no matter what tablet you buy, they’re all better value for money than the HP 8 G2.