This tablet falls into the new category of tablet computers with a Full HD display, but otherwise higher specs than you would normally expect to go along with that.

Honor Pad V7 is a 10.4-inch tablet featuring a 2000 x 1200 resolution display, which is all powered by the brand new octa-core 2.4 GHz MediaTek Kompanio 900T processor, with options of 6GB or 8GB of RAM, 128GB of UFS storage, and optional 5G connectivity. 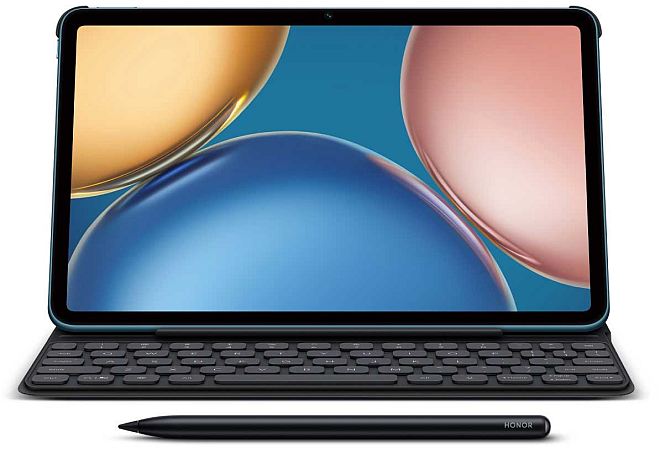 The cheapest model will launch for 1999 Yuan in China, and is taking pre-order there through September 30 in silver, champagne, and blue.

It can also be used with the optional Apple style keyboard that also houses the Magi-Pencil 2 digitizer behind the tablet, though it should be mentioned that there’s no trackpad on the keyboard.

It runs the Android 11 based MagicUI5.0 operating system, and features goodies such as a 13MP rear camera, an 8MP front camera, Wi-Fi 6, BT 5.1, a 7250 mAh battery with 2 hour quick charge, and a USB C port for all other connectivity.

The Honor Pad V7 has a weight of 480 grams, and a thickness of 7.85mm. So for a price the equivalent of $310 USD, this tablet offers pretty good specs for the money.