Amazon’s new Fire OS tablet Fire HD 10 have been released globally today from $149, three weeks after it was announced on October 7: https://www.amazon.com/dp/B07K1RZWMC/

The new Fire HD 10 tablet is Amazon’s fastest and most powerful tablet, with a Full HD 10.1-inch screen, and it has seen some significant changes over the predecessor, such as the new octa-core 2.0 GHz MediaTek MT8183 processor with a Mali-G72 GPU, a USB C port with support for an optional faster 15W power adapter that will charge the tablet faster, it now has a higher microSD card support up to as much as 512GB, new 2MP front and rear cameras, new color options, and a 12 hour battery life.

Just as important is the new Fire OS 7.3.1 operating system which is based upon Android 9.0 Pie. Too see if your favorite app is available for it you can simply search through the complete Fire tablet apps list. 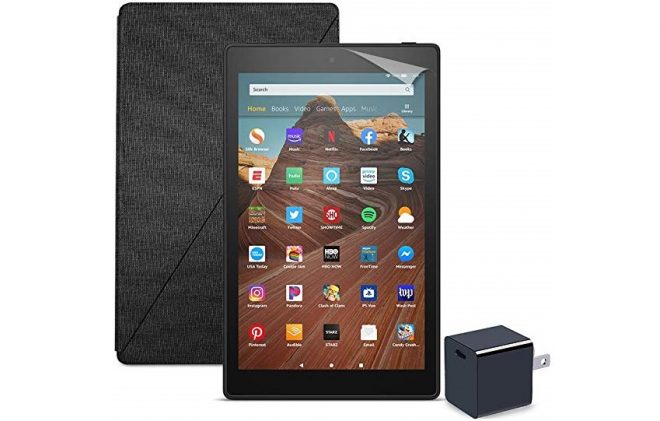 With the new Fire HD 10 release today we also have the first Fire HD 10 benchmark scores which have come in roughly as expected, with a Geekbench 4.4 single-core score of 1400 and multi-core score of 5266. This is generally in line with the expectations for this chipset.

And it actually beats its closest rival Samsung Galaxy Tab A 10.1 (2019) with these benchmark scores, as well as on price. 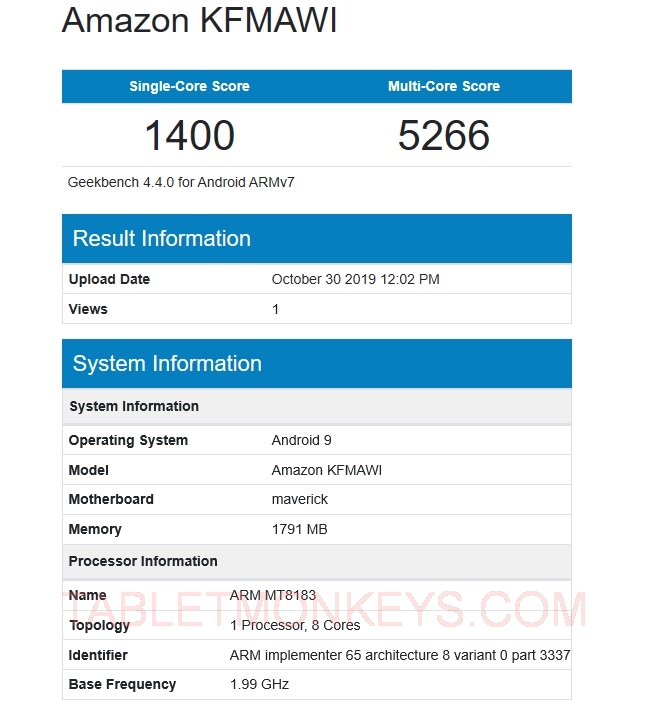