2016 will go down in history as the year of fake news, or at least the year in which fake news became recognised as a regular phenomenon.

And the tech industry is of course full of it. Over the course of the last 24 hours, someone launched a Xiaomi Mi Pad 3 rumor, along with fake images.

Fake rumors on the most familiar tablets are commonplace, but these Xiaomi Mi Pad 3 images are just photoshopped images of the Xiaomi Mi Pad 2, or in some cases not even photoshopped much, just having the number “2” replaced with “3”. And yet these images have spread like wildfire during the day, and to top it all off, the fake images were complimented by a “Xiaomi keyboard”, but since Xiaomi didn’t produce a keyboard for the Xiaomi Mi Pad 2, the original poster used the keyboard for the Onda Obook 10 instead. 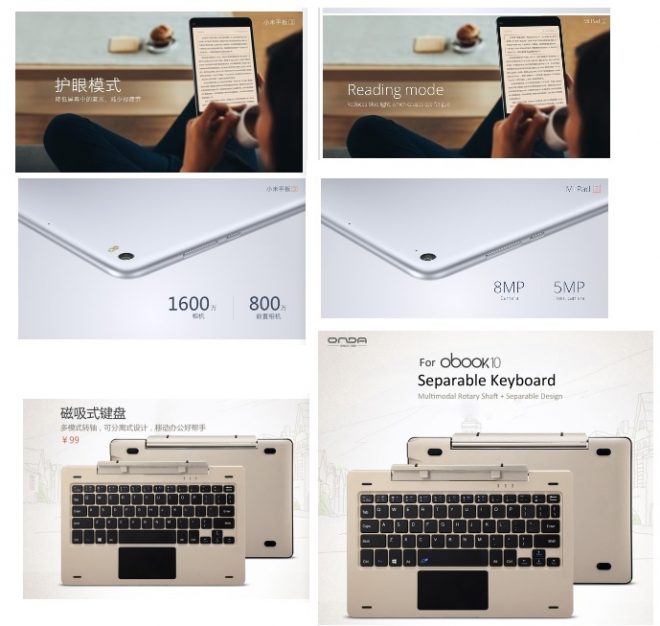 I am not going to post a link to the site where the rumor started, but you can find it by searching Google.

A Xiaomi Mi Pad 3 may be launched sometime in the months to come, but not with Xiaomi Mi Pad 2 press images I would imagine. The current Xiaomi Mi Pad 2 was unveiled in November last year, and is a 7.9-inch tablet that can be bougth with either Android or Windows, but not as a dual-OS tablet.