Just a week after we mentioned that the upgraded Surface Pro 7+ version was available for consumers on Best buy, and it’s already on sale as it just happens to be Black Friday at the moment: https://www.bestbuy.com/site/microsoft-surface-pro-7-12-3-touch-screen-intel-core-i5-8gb-memory-128gb

Which is a nice coincidence, and one that can save customers $230 on the both the Intel Core i3 and Intel Core i5 version. So the new price begins at $699, but that’s with the keyboard cover included.

Best Buy has also introduced an extended return period for tablets right now, so if someone still thinks this Windows tablet is crap, they still have until January 16 to return it. That way it can even be used as a fail safe Christmas present, which is a nice initiative from Best Buy. 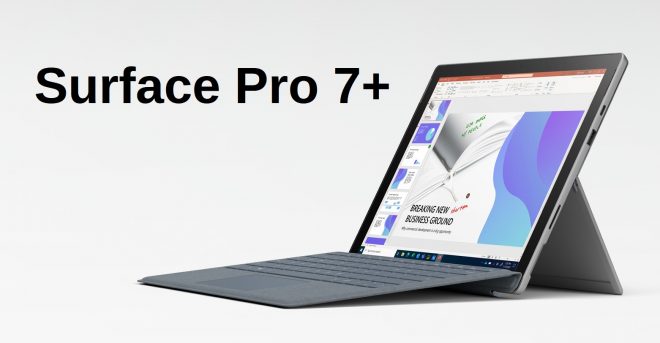 The performance is high, and as we showed on the tablet computer performance rank list, the Intel Core i7 version of Surface Pro 7+ is one of the top 3 most powerful tablets on the market in November.

The Geekbench 4 benchmark scores for the Intel Core i5-1135G7 version, doesn’t come in far behind either. So that makes it good value, if years of high performance is what you want in a tablet that can be used for lots of work and assignments, and that can connected to external monitors, projectors, and other setups at home, offices, or on seminars and conferences.