Asus officially unveiled the Asus Vivobook 13 Slate today, during their Wow The World press show. This is the same Asus Vivobook that we leaked a month ago, and it will launch before Christmas from $599.

Highlight of this tablet is the 13.3-inch screen size in combination with and OLED display at a relatively low price. 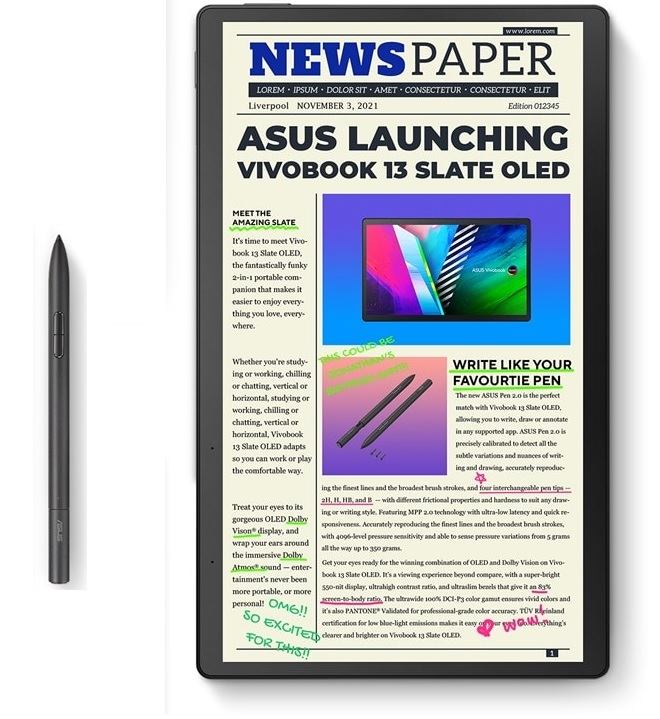 Of course, what many will talk about is that Asus went a little unconventional with this tablet and gave it an Intel Pentium N6000 “Silver” processor, pretty similar to that of the Surface Go 3.

Memory choices are between 4GB and 8GB of LPDDR4X RAM, and 128GB of eMMC or 256GB of NVMe PCIe SSD 3.0 storage, with microSD card support.

The Asus Vivobook 13 Slate has a Surface type of keyboard, featuring a large 128mm x 64mm trackpad, which is all connected to the tablet through magnetic attachments and pogo pins.

Most Windows tablets have their own digitizer pens and the Vivobook tablet ships with the 4096 pressure levels Asus Pen 2.0 included in most markets. This rechargable stylus pen has a 140 hours battery life, a 266 Hz sampling rate, and supports 4 different nibs or pen tips for writing and drawing with.

As the Asus Vivobook slate is a 13.3-inch tablet, it weighs 795 grams with a thickness of 7.9mm. The rear kickstand is detachable and can be set up to hold the tablet up in both portrait and landscape mode.

It’s great to see that Asus has once again entered the Windows tablet space, and with tablets like this one, we can expect more innovative Windows tablets from Asus soon. 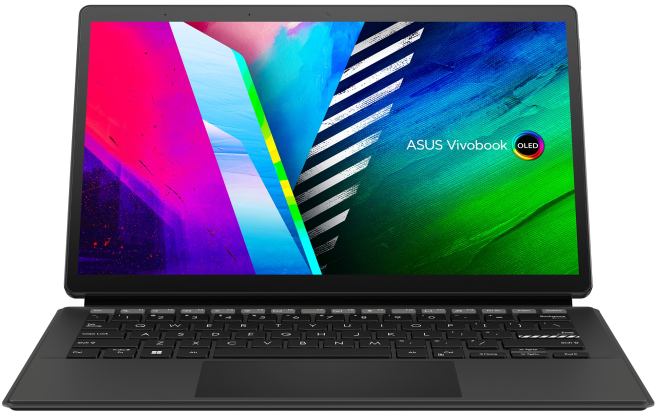 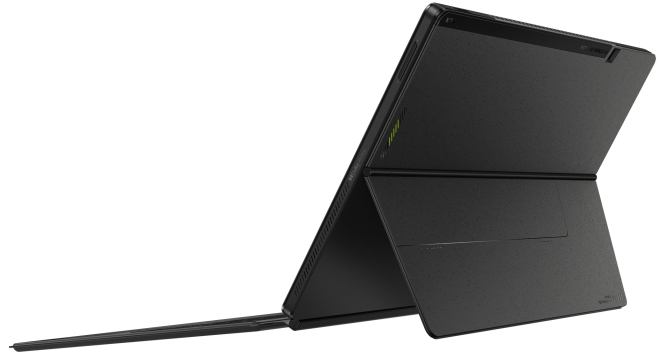 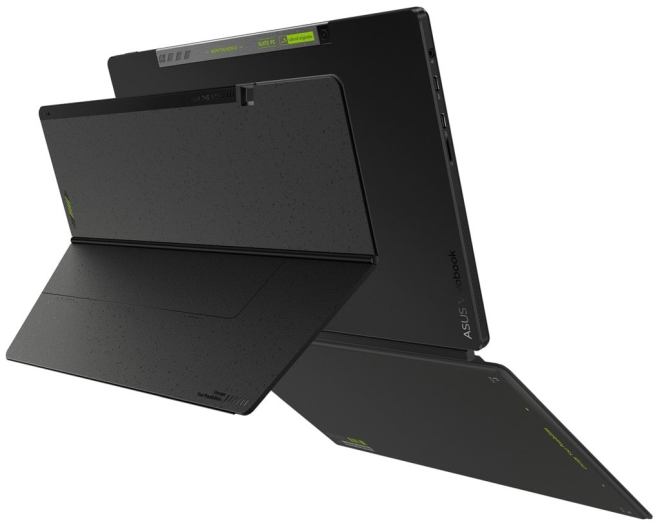