Japanese telecom operator KDDI have just announced a new Asus MeMO Pad 8 with specs that contradict an earlier listing in Europe. This time it has higher specs, and the specs have just been confirmed by Intel.

(UPDATED: The Asus MeMO Pad 8 (ME581CL) was unveiled for worldwide release on June 2 alongside five other Asus tablets for 2014.)

For starters, it is listed with Intel’s Z3580 “Moorefield” processor, which is a nice start if the recipe is for a fast tablet. This processor have Turbo capacity up to 2.33GHz, and goes along with the PowerVR G6430 graphics processor unit, meaning that it is significantly more powerful than the first Asus MeMO Pad 8.

The 8-inch IPS display on the second generation Android tablet Asus MeMO Pad 8 features a WUXGA display which is Full HD 1920 x 1200 resolution with a 16:10 ratio. It’s also listed with 2GB of RAM as well, with 16GB storage entry version, and microSD card support up to 64GB. 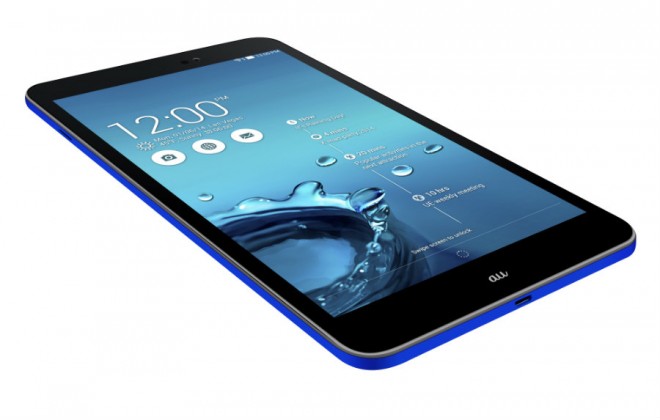 Specs also says that it is slimmer, at just 7.45mm thick, and lighter with a weight of 305 grams. The battery capacity stands at 4350mAh, which is somewhat average for 8-inch Android tablets, but will be interesting to see with the new Moorefield.

Other specifications are the 1.2MP front camera and the 5MP rear camera, NFC, Bluetooth 4.0, and optional 4G LTE version in addition to the base model with 802.11 a/b/g/n/ac Wi-Fi.

On the feature side, KDDI says this tablet have dual windows for multitasking.

Since these are the specs for the Asus MeMO Pad 8 II, then Asus kind of plays the middle-field with this tablet. LG did not have much success in western markets with the LG G Pad 8.3 which has very similar specs. So far, customers have chosen either 8-inch budget tablets or top end tablets like the Samsung Galaxy TabPRO 8.4 in this category. And with the specs provided by KDDI, Samsung’s tablet will still be the best, both on specs and features, and with the recent price cut, not so expensive any longer either. 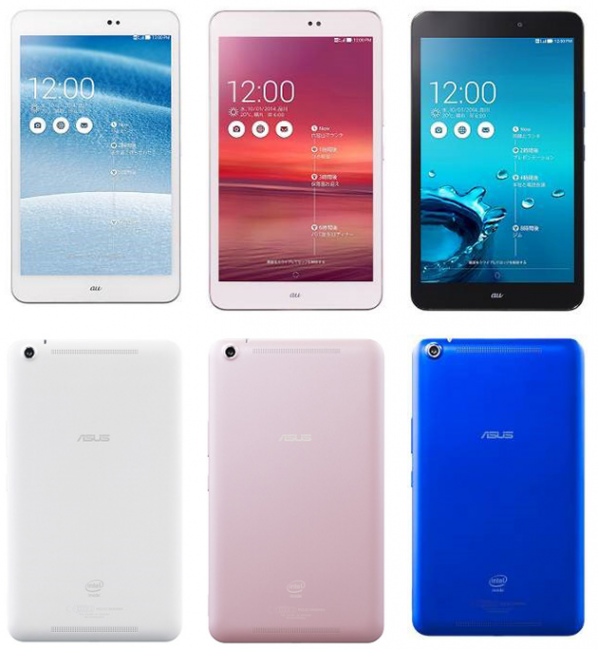 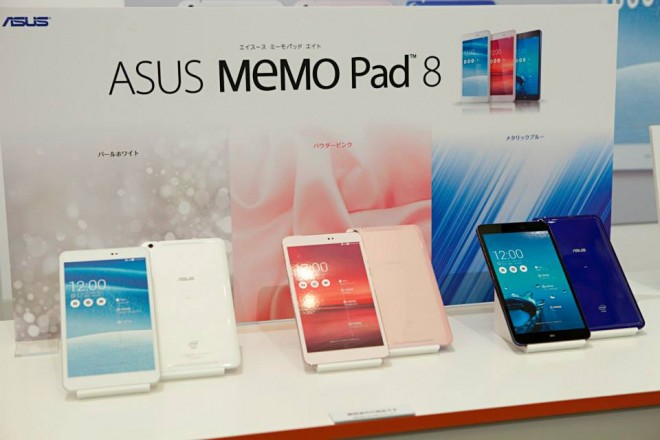 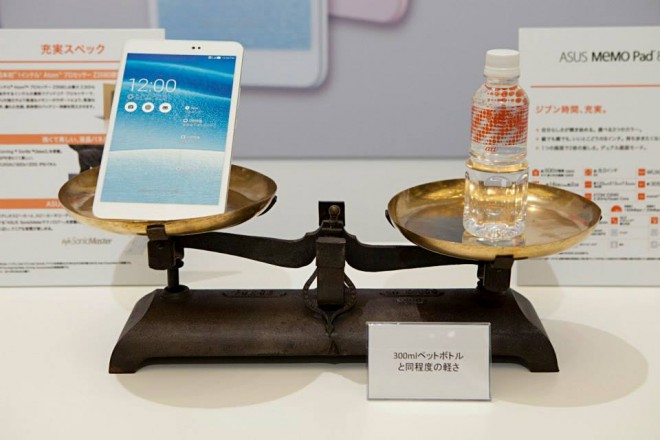