Asus announced a new 10.5-inch Windows tablet at the very start of the year, when Qualcomm Snapdragon 7c Gen 2 processors was still somewhat hot. Now that we are starting to venture over to the first Gen 3 processor, the Asus ExpertBook B3 Detachable was suddenly released onto the consumer market for $600.

I say consumer market because initially the Asus ExpertBook B3 Detachable (B3000) was destined for the enterprise market, which will sometimes launch tablets in a parallel universe to the consumer market. But now it’s available from Best Buy for consumers too.

As a tablet it’s an interesting Surface Go 3 alternative, but expensive relative to its hardware specs. 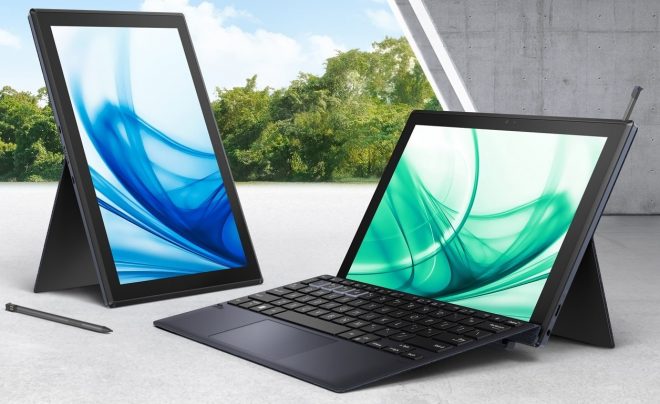 With a thickness of 8.9mm, it’s marginally thicker than most tablets today, but at least that gives it the benefit of housing an integrated MPP 2.0 stylus pen from the top of the tablet. The weight is 590 grams.

Some of the specs are higher than you might expect, like the 5MP front camera with low light noise reduction, and 13MP rear camera, or the 45W / 3A charger for the 38WHrs battery.

Other specs are stereo speakers, array mics with an instant mic muting key on the keyboard, dual-band a/b/g/n/ac Wi-Fi 5, Bluetooth 5.1, Windows 11 Pro included on this model, and a USB C 3.2 Gen 1 port a 3.5mm audio jack.

The spill-resistant keyboard has a trackpad and is included with the tablet, just like the stylus is. And the tablet meets the requirements for a MIL-STD 810H rating.

Other Windows tablet alternatives around the same price range are the HP 11 Tablet and the larger Asus Vivobook 13 Slate. 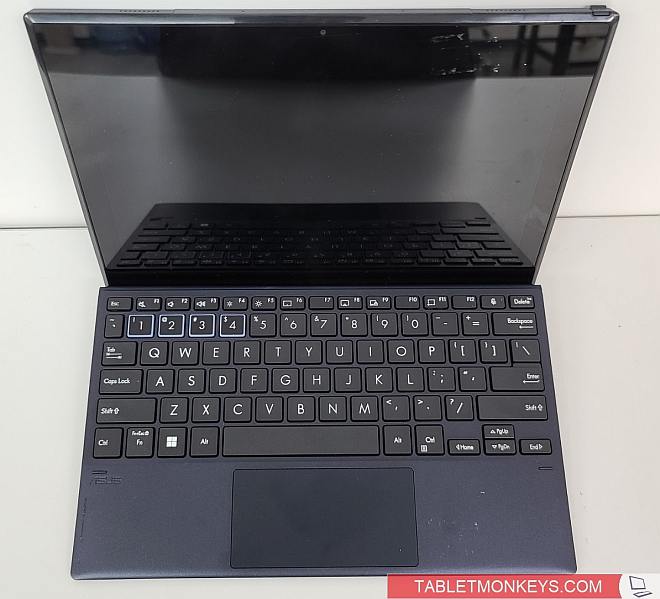