Wait, is that pogo pins I see on the side of the tablet? It sure is. This is the first Windows 11 tablet that even features a physical keyboard connection for use in portrait mode, as well as landscape mode.

Other party tricks on the HP 11 Tablet includes the first combined front and rear camera too, which swivel from front to back as a 13MP camera. 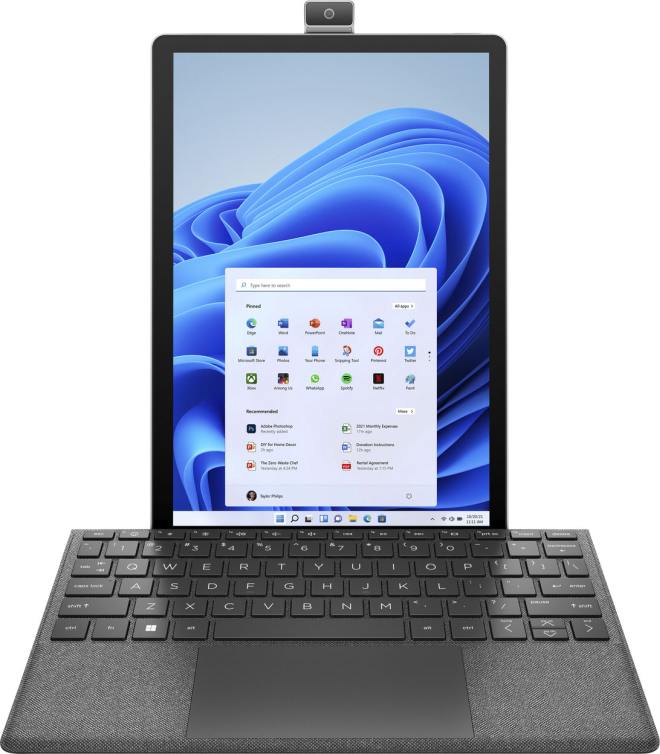 This is a Surface Go 3 alternative, with higher scores when running multiple cores, as the Geekbench 5 benchmarks so far have been over 780 in single-core and over 2440 in multi-core scores.

Those numbers comes from the one and only configuration of an Intel Pentium Silver N6000 processor, UHD graphics, 4GB of LPDDR4x RAM at 2133 MHz, and 128GB of PCIe NVMe SSD storage.

The other specs also makes it worth a look, as it features an 11-inch screen with a 2160 x 1440 resolution display with Gorilla Glass 5, 100% sRGB, and the optional digitizer HP Rechargeable Tilt Pen ($69 from HP), which also adds its own suite of features.

The tablet weighs 680 grams and is 8.1mm thick, with a color combination of a dark keyboard and a silver tablet with black bezels. 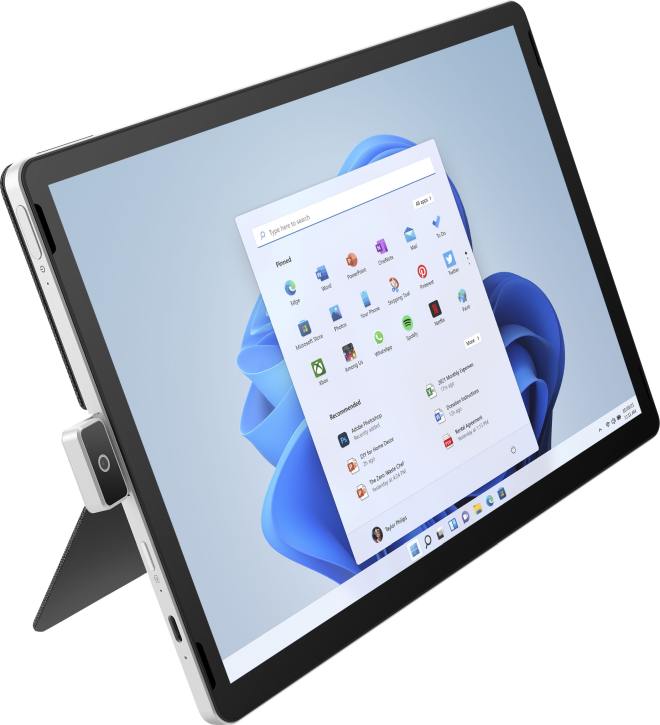 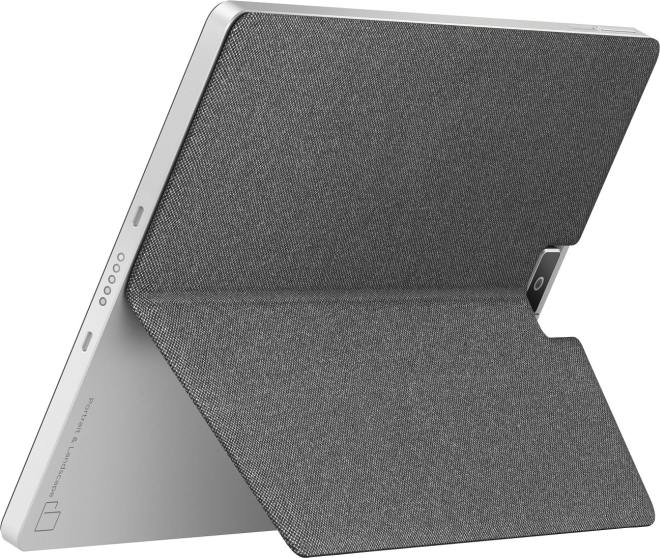 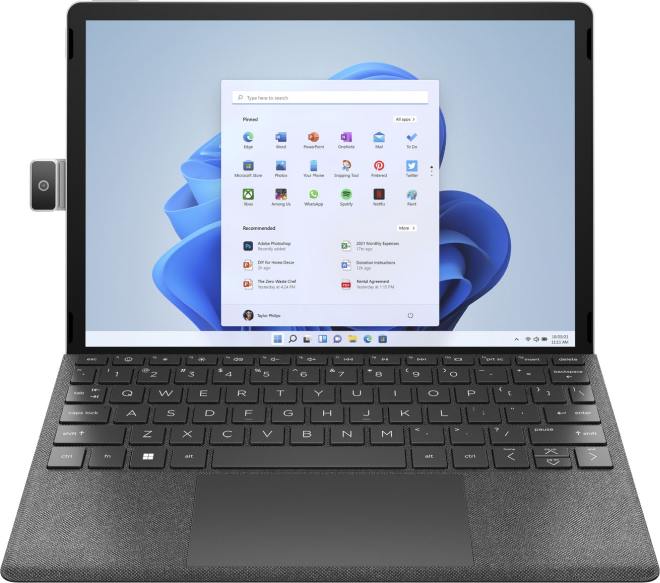 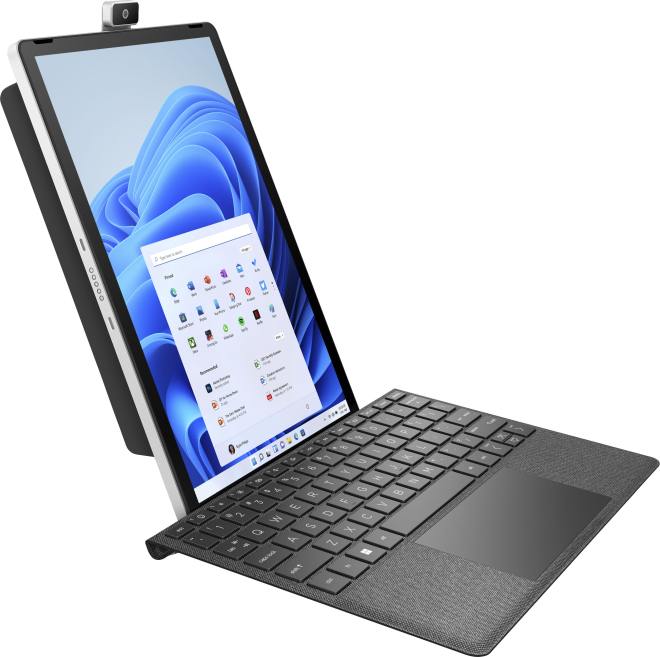 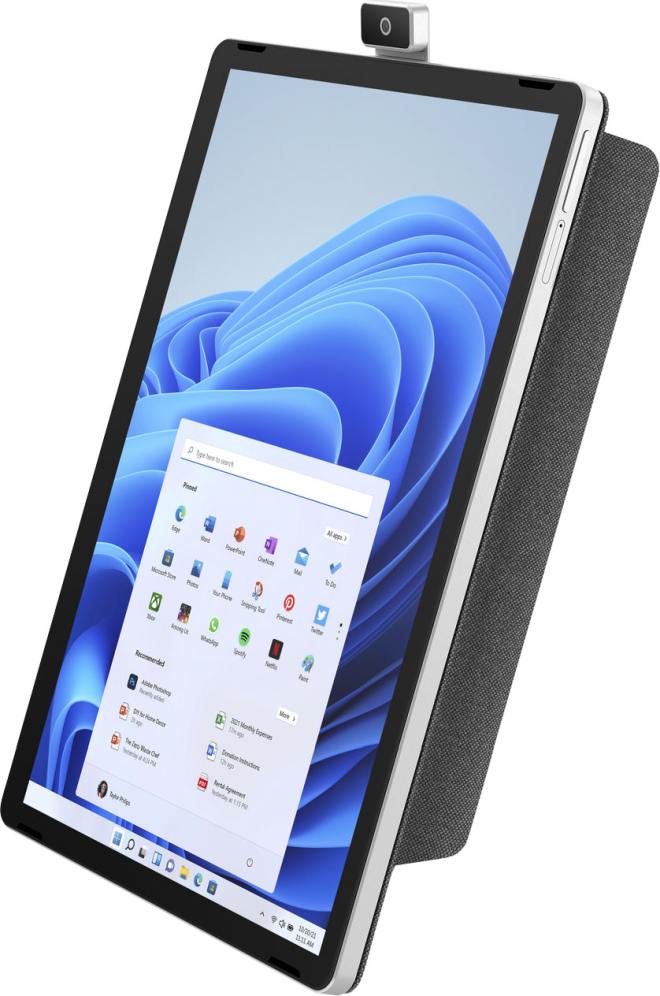