With yesterdays announcement of the Aquaris M10 Ubuntu Edition tablet that will launch in Q2, Canonical is launching an alternative in the Ubuntu tablet space that isn’t exactly crowded.

This tablet is generally for people who are already happily into Ubuntu, since there are currently just a few hundred apps in the Ubuntu app store, which makes it less appealing to consumers who are now accustomed to the wide app selection from Apple, Google, and Microsoft. The Ubuntu tablet will be sold through BQ, who already sells Cyanogen phones. So the full name of the tablet is actually BQ Aquaris M10 Ubuntu Edition.

The tablet will feature split window multitasking, and has specs like a 10.1-inch screen, a 1.5 GHz quad-core MTK8163 processor, 2GB RAM, 16GB storage with 64GB microSD card support, a 7280 mAh battery capacity, a 5MP front camera and 8MP rear camera, a micro-HDMI port, with an estimated weight of 470 grams and a thickness of 8.2 mm.

The popularity of this device and the OS is likely grow throughout the year. The question for developers and also a few others with an interest in Ubunt is how much it will grow. 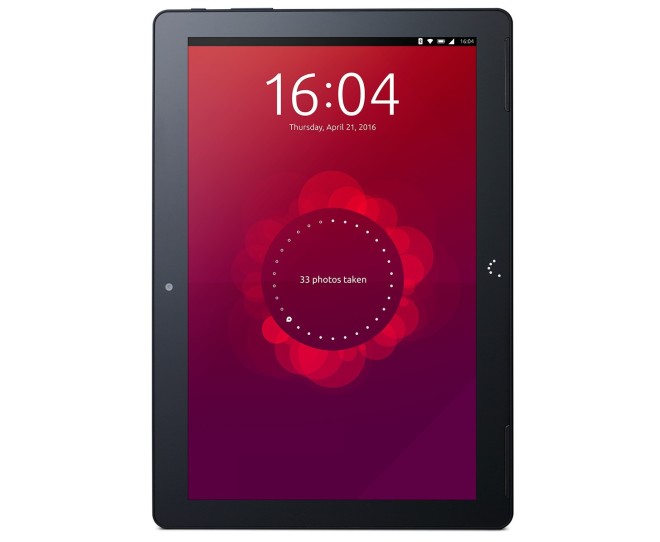