I don’t know the original source of the rumor, but some of the South Korean bloggers says the source is the same that leaked the correct sizes of the latest iPhone lineup correctly, so here it goes.

What’s rumored about the iPad mini Pro or iPad Pro mini, is that it has smaller bezels than the regular iPad mini, would come in the Grey and Silver colors of the iPad Pros, feature optional 5G, and even be launched in the second half of the year.

Again, this is the first I’ve heard of such a rumor so far, and none of the reputable Apple analysts have added their support to the claim so far.

Now that Apple is giving the powerful M1 chipset a good run for the money, it’s easy to speculate about the devices Apple could fit with this chipset, and I know plenty of people who would love an iPad mini with even more power than it currently has, even if it’s already very powerful. 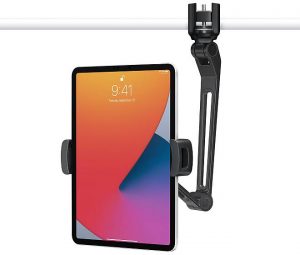 And let’s not forget that it is believed that Apple will launch a mini-LED iPad mini in years to come too.

Back in January some purported CAD drawings of an upcoming iPad mini showed that the screen space would grow significantly in size, all while maintaining the original outer dimensions.

But Apple has definitely become a little better at preventing leaks over the last year, so that makes it more difficult to know what to fully expect ahead of each iPad unveiling.

An unveiling of a new iPad mini seems sure for the second half of 2021 based on all the leaks so far though. It’s just a question of what to expect from it.

In the meantime, the larger 11-inch and 12.9-inch iPad Pros with the M1 chipset will launch on May 24th.