So Apple announced the new form factor iPad 10.2 yesterday, and slightly due to Apple’s presentation, some people are confused about what this new Apple iPad 10.2 is supposed to be or represent. But it’s actually pretty easy and straightforward.

The new iPad 10.2 (also called the 7th gen. iPad) replaces the iPad 9.7 (aka the 6th gen. iPad). The last Apple iPad 9.7 was launched in 2018 as the entry level iPad for $329 with 32GB storage. Apple has figured out that the new 10.2 form factor suits the future better, with the new iPadOS, the new desktop interface and browsing experience, and things like a full-size keyboard, which is why it features a Smart Connector. 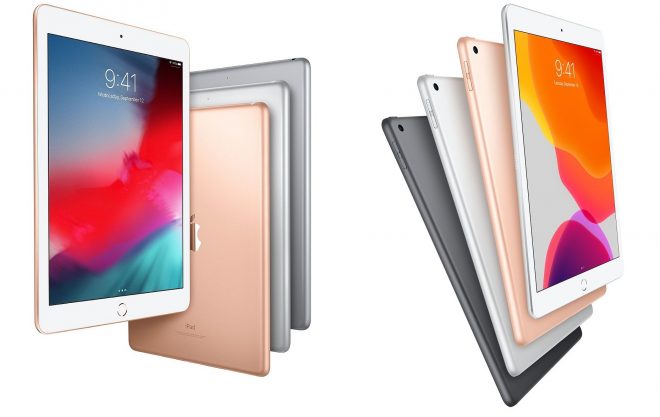 Both iPads also support the same 1st gen. Apple Pencil stylus, and all the other hardware is also the same, from the Apple A10 Fusion processor, to the 1.2MP front and 8MP rear cameras, stereo speakers, 10 hour battery life, connectivity specs, and sensors.

That’s not actually a bad thing in itself, because despite these iPads being entry level iPads, they have very high performance for tablets, with a typical Geekbench 4 benchmark score coming in at 3560 in single-core, and 6075 in multi-core scores.

To put that into perspective, now that the Apple iPad 9.7 is on sale for $249 before inventory is emptied out, that’s more than double the performance of what you could get on an Android tablet for the same price, not to mention that Apple will support these tablet themselves with regular security updates and OS updates for years to come.