Today’s event was education themed, with focus on bringing the iPad into the education sector more, together with Apple’s ecosystem. After bringing up two teachers on stage, Apple went on to mention that it has 200 000 education apps in the app store, before they finally took the wraps off the new iPad 9.7. So while the education theme can be a little confusing for those who are not in education and who are just interested in the tablet, there is nothing about the new iPad 9.7 that has made it a lesser tablet purely for schools, far from it.

So lets get to the new Apple iPad 9.7 2018 models specs first. The new 9.7 iPad now has a faster processor, as the old A9 chipset is replaced by the A10 Fusion chip, while it is powered by 2GB of DDR4 RAM. Storage options are 32GB or 128GB. The 9.7-inch screen has the same retina resolution of 2048 x 1536 as before, but with support for the Apple Pencil, and not only that but a digitizer crayon from Logitech that costs $49. With the Apple Pencil, it features the same tilt and pressure sensitivity already found on the two iPad Pro tablets. 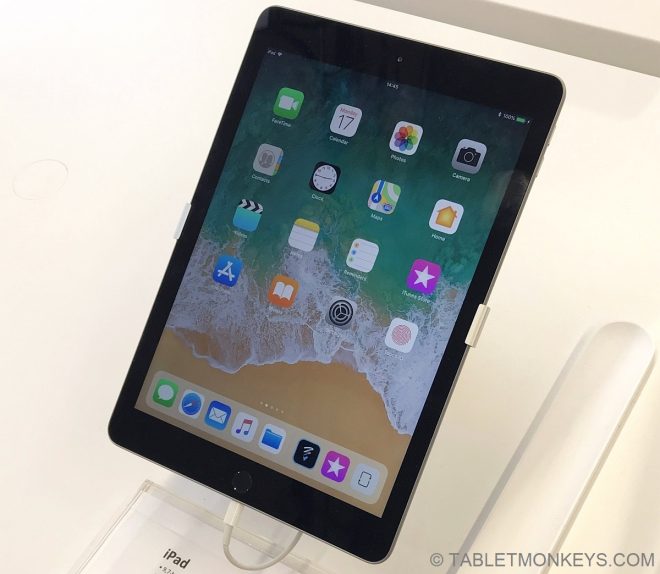 New versions of apps like Keynote, Pages, and Numbers have support for the Apple Pencil too, and Apple is announcing “smart annotation” where among others, a coming version of Pages will let for instance a teacher can leave marks on a student’s pages directly. The Apple Pencil costs $99.

Last year Apple downgraded the screen on the 2017 9.7 iPad a little bit, though not everyone noticed. But Apple have not downgraded any further this year so it still has the same fingerprint-resistant oleophobic coating.

The only difference from the predecessor from 2017, is the new A10 chipset that makes it it snappier, and the digitizer pen support. Apart from that, it has the same hardware and dimensions as before. Even though some of the apps have been upgraded.

The dimensions are thus the same too, with a low thickness of 7.5mm and a weight of 469 grams. So there are no changes to how it looks either. 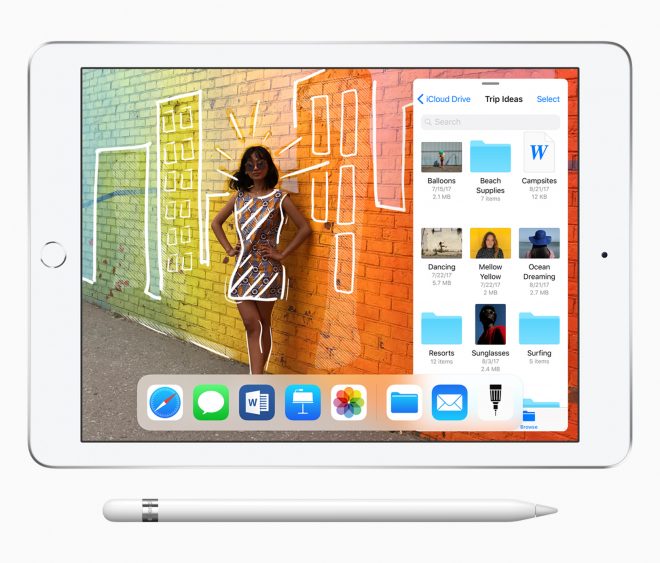 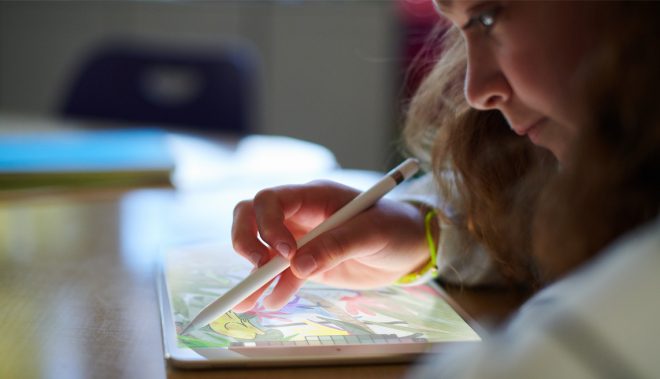 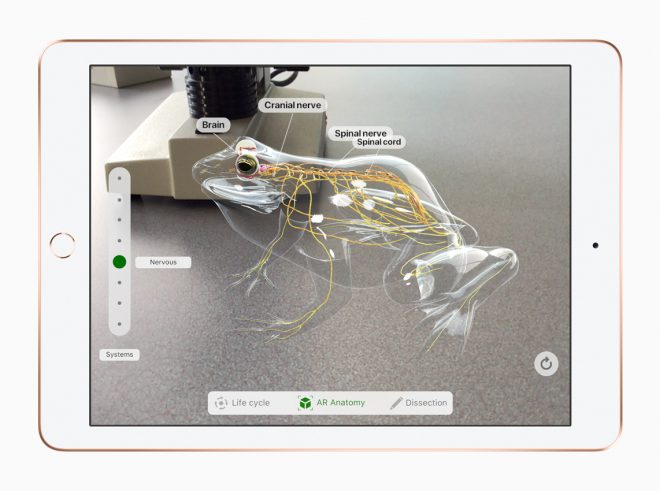 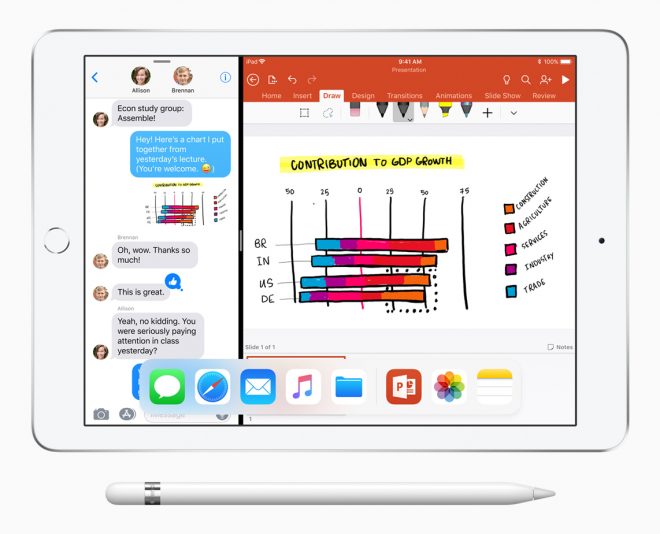