Samsung recently won a few accolades when it announced its years long commitment to Android updates for their major tablets and smartphones. So now a lot of people have been wondering about Lenovo’s commitment to update the OS on their Android tablets too.

Well at least I can provide you with a list of the Lenovo tablets that Lenovo have committed to update to Android 10, along with Lenovo’s officially estimated OTA rollout date for each update.

Lenovo Yoga Smart Tab
Currently running Android 9.0, this unique tablet will be updated to Android 10 from January 2021 on.

Lenovo Tab M10 FHD Plus
Should start to receive the Android 10 update next month in October.

The non-Plus model of the Lenovo Tab M10 FHD is actually due to receive the same update now in September already.

Lenovo Tab M10 HD
The HD version of this 10.1-inch Android tablet should officially also start to receive the OTA update in October.

Lenovo Tab M8
This 8-inch Full HD tablet is due for an upgrade to Android 10 in December.

Lenovo Smart Tab M8
The Smart Tab bundled version of the same tablet is also due for its upgrade one month earlier, with Lenovo estimated a rollout from November on. 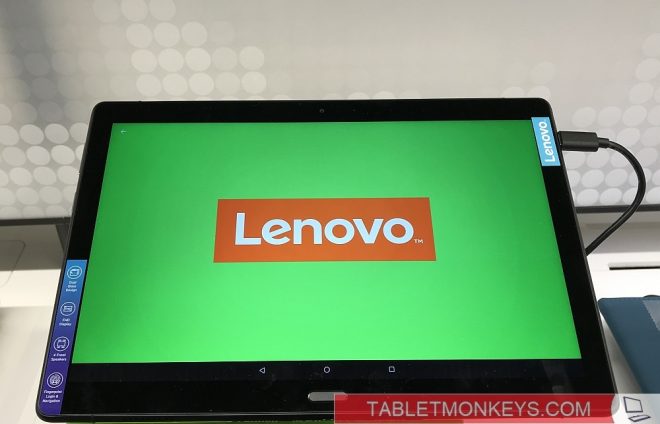