A lucky few have already got theirs, but we will have to wait a little longer for the tablet to become available to all of us again. The Coronavirus has affected both the supply chain and production facilities in the mobile tech sector in a big way, with many big names even withdrawing from the annual Mobile World Congress in Barcelona this month, so product delays will affect many tablet brands for the next few months.

The price of the Lenovo Tab M8 FHD is $159 though, so that’s appealing right there. The specs can differ from country to country though, so be aware of that. The main specs for the US model begin with an octa-core 2.3 GHz MediaTek Helio P22T processor, with 3GB LPDR3 RAM, and 32GB of storage, that also supports microSD cards up to 128GB in FAT32, or a massive 2TB in exFAT format. 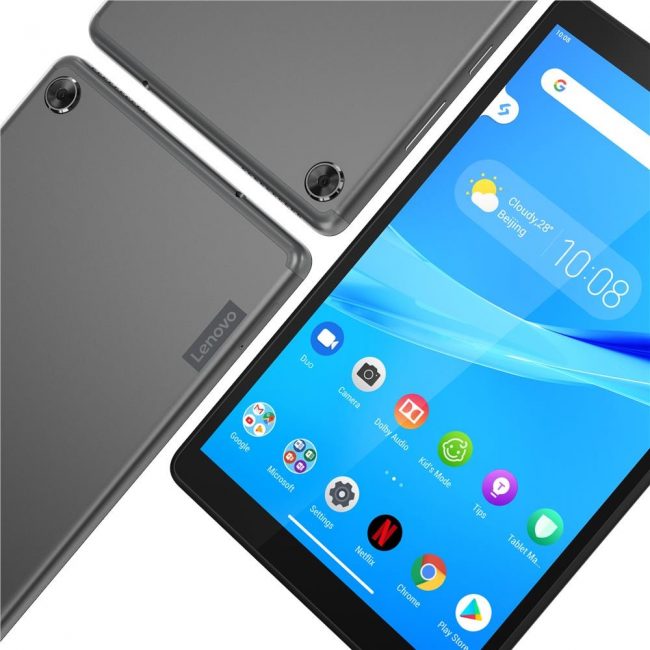 It has a 5100 mAh battery that Lenovo thinks can last for 12 hours on video playback.

With a weight of 306 grams, it’s lighter than average for an 8-inch Android tablet. The thickness is 8.15mm, while the model that Lenovo has sold a few of in the US already, has the Iron Grey color option.

So quite a bit of Android tablet for the money in this category. The closest alternative among 8-inch Full HD tablets right now, is the Samsung Galaxy Tab A with S Pen 8.0. 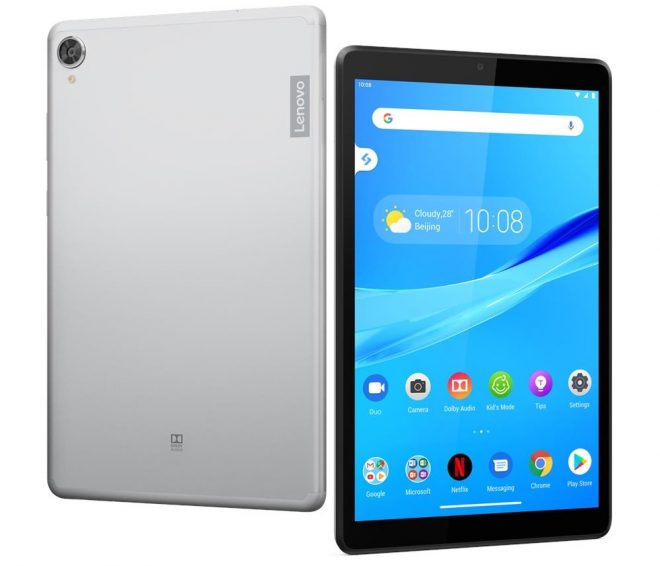