The new improved Acer Iconia B1-710 is now scheduled for release in late July, starting at $129.

Acer Iconia B1-710 recently cleared the FCC in the US, and the pictures of Acer’s latest Android tablet have just been made official. The shipping and release date is currently set to Friday, July 26, with stores like Amazon.com

The new Acer Iconia B1-710 is an upgraded version of the first Acer B1-A71, released last year. The first model had the distinctive blue line around its bezel, giving it a boyish look. The new Acer B1 one however have a normal look both in the front and on the back. 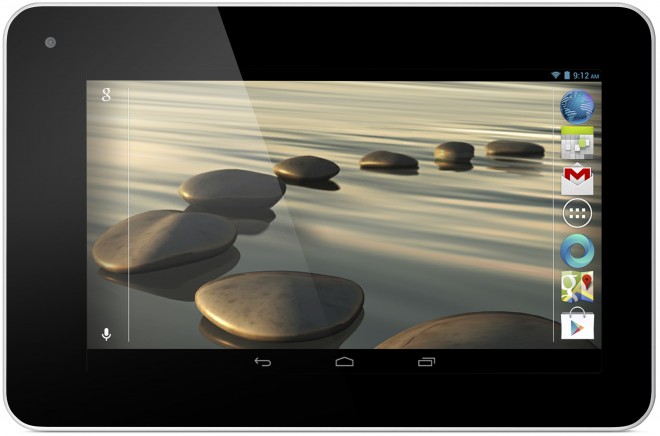 Upon release, this 7-inch tablet runs Android 4.1, but Acer is promising an upgrade to 4.2 later on. As for hardware specs, this is a budget tablet, primarily targeting emerging markets, so while it keeps the price down, the hardware specs aren’t the most spectacular.

It is powered by a ARM Cortex-A9 dual core 1.2GHz MediaTek MTK8317T processor, and an Integrated PowerVR SGX 531 graphics processor. It has 1GB of DDR3 SDRAM (up from only half that with the old model), and 8GB of storage, with microSD and microSDHC card support up to 32GB.

The 7-inch screen is a Active Matrix LED-backlit 5-point multitouch display with a 1024×600 resolution.

All of these Android tablets are much better, and have all been released already, without any need to wait around for their release. 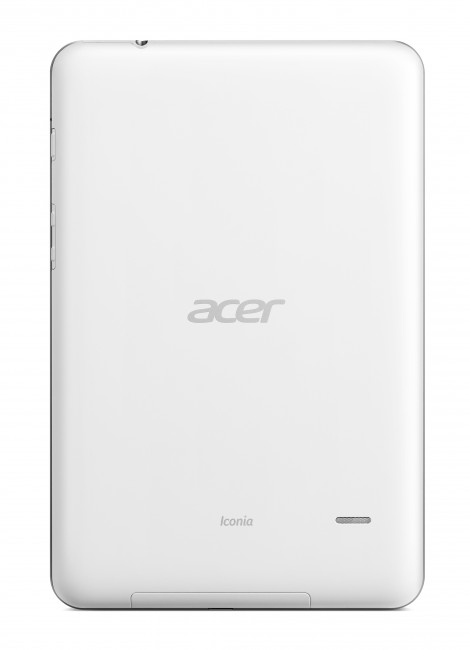 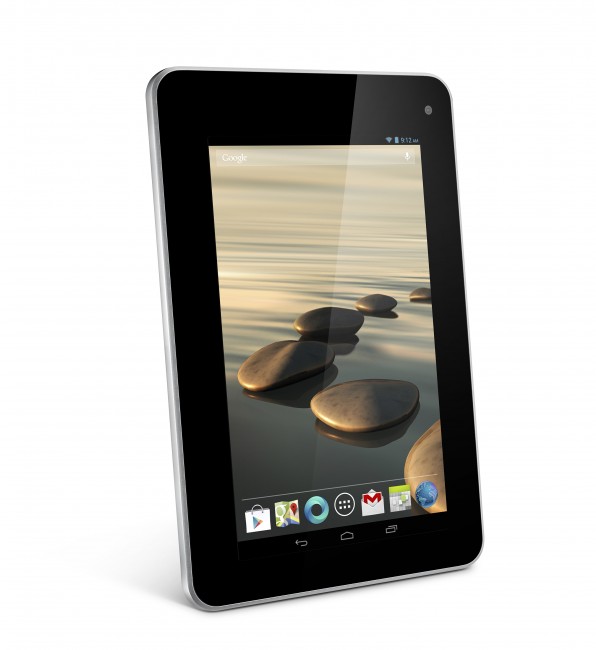 Acer Iconia B1-710 Vertical Side View