Asus MeMO Pad is going to be released in a somewhat unusual manner on Saturday April 6, when Groupon Goods Subscribers will be able to take advantage of a pre-release one day ahead of others, with a slight discount and buy the 7-inch Asus MeMO Pad ME172V bundled with a Wilson leather case, all for $159.99. Regular price for this bundle is $199 (MSRP).

The Asus MeMO Pad (no really, it is written like that) have been available for order on Amazon

for a few days, but it still won’t be released until the day after the Groupon pre-release.
However, if you decided to buy it without the leather case bundle, you will save $10, as you can get this little Android tablet for a price of $149.
At that price, the MeMO Pad have only one competitor (see prices in the tablet comparison chart).

The MeMO Pad is also available in Canada 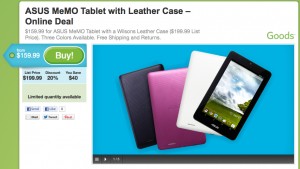 In addition, Groupon will also add the following PC products to their weekend discount lineup: Nexus 7 with a free case, the Asus Transformer Pad TF300 with a dock, as well as savings on 14”, 15.6”, and 17” laptops, desktop computers, and an Asus projector.
So if you are looking to buy any kind of computer right now, you might just be able to pick up a spring bargain this weekend.

The color options you get on the bezel of the Asus MeMO Pad are white, grey, and pink. 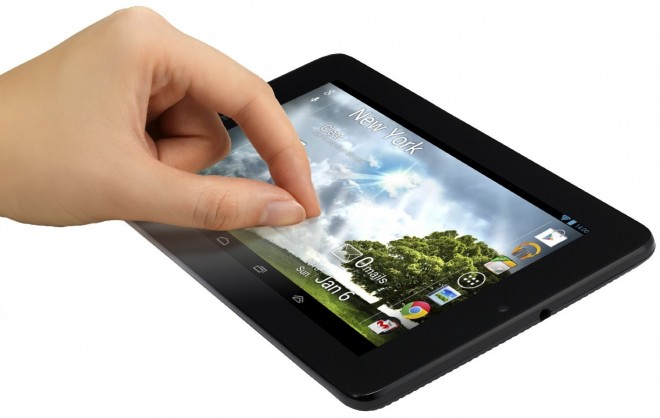 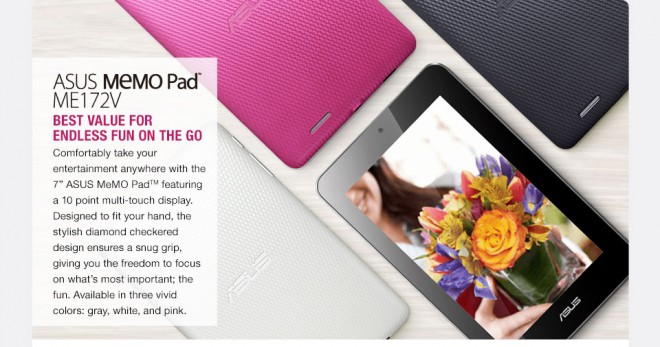