It’s been a while since the 7-inch Lenovo Tab M7 was launched. But now an upgraded model is on its way, which is evident from the Geekbench benchmarks last night, where it was tested with Android 11. 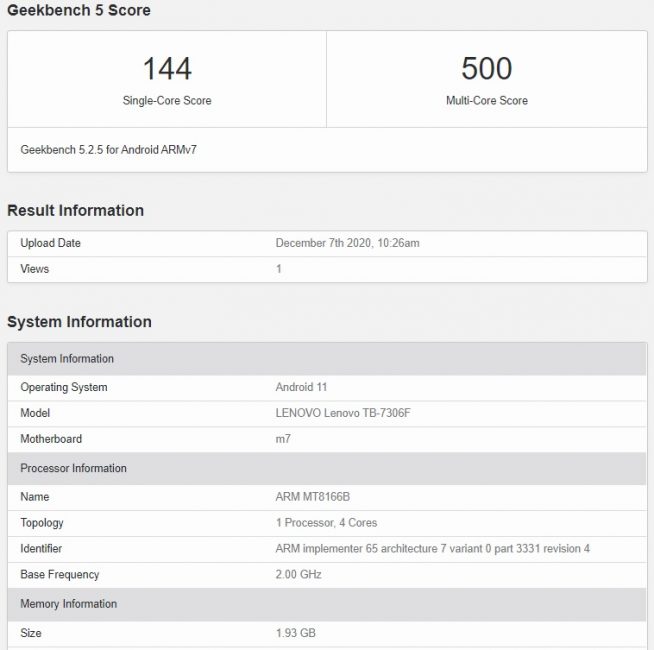 For a 7-inch Android 11 tablet costing about the same as a tank of gas, that’s fully acceptable.

The processor has been upgraded to a Mediatek MT8166B processor in one model, and MediaTek MT8766B in another model, both running at 2.0 GHz.

The predecessor used to feature 1GB and 2GB DDR3 RAM options, and the two successors that was benchmarked, both ran 2GB of RAM. I imagine it’s DDR4 RAM like on Lenovo’s other new Android tablets these days, but we’ll have to wait a little longer to find out.