The 7-inch Android 9.0 tablet Lenovo Tab M7 that Lenovo announced in August is now taking orders in the US with a launch price of $59. The release is set to November 14 next week: https://www.lenovo.com/us/lenovo-tab-series/Lenovo-TB-7305/

With such a low price, Lenovo wins the rights to claim that they have the cheapest Android 9.0 tablet on the market with the Lenovo Tab M7.

Obviously this isn’t an iPad Pro or Surface Pro 7 in terms of performance, but that’s not its purpose either. And to make it run smoother, Lenovo has installed the lighter Android 9.0 Go edition instead of the standard Android 9.0. 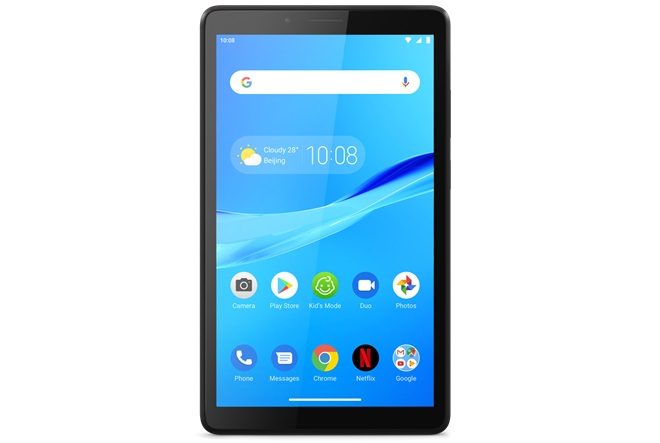 Globally, there are three different version of the Tab M7, and this specific Lenovo Tab M7 that’s now launching in the US is the Wi-Fi version in Onyx Black powered by MediaTek’s quad-core 1.3GHz MT8321 processor together with 1GB LPDDR3 RAM, and 16GB storage with a partition variable microSD card support up to a whopping 2TB on a exFAT format or 128GB on a FAT32 format.

Of the other important Lenovo Tab M7 specs on this model, we are looking at a Dolby Audio mono front speaker, a 2MP front camera, a 2MP rear camera, a 10 hour battery life, 802.11 b/g/n Wi-Fi cover, Bluetooth 4.0, a micro-USB port, and a 3.5mm audio combo jack.

Lenovo Tab M7 is 8.5mm thick but the real kicker is the low weight of just 236 grams. That makes it the second lightest tablet on the market right now after the competitor Alldocube iPlay 7T.

And of course, the other notable alternative in the 7-inch tablet segment is the New Amazon Fire 7. 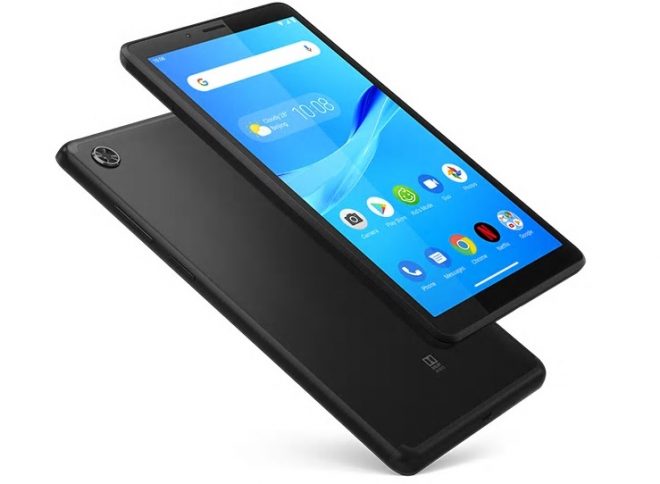 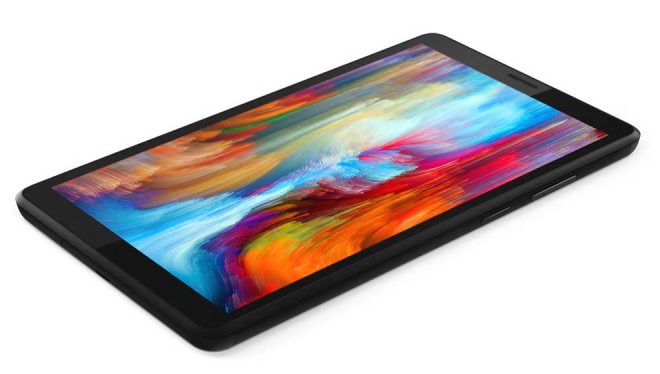 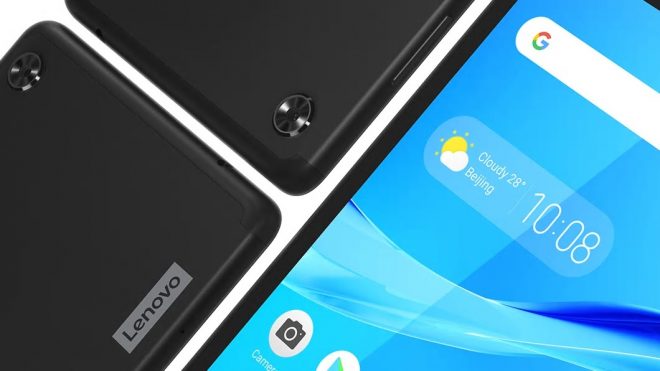 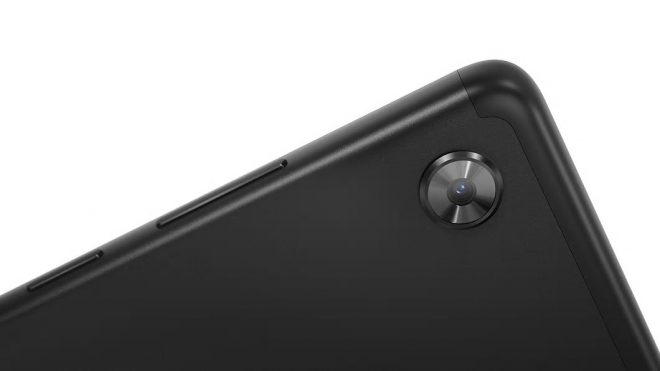