This is a “rugged tablet”, meaning it is meant to take a punch or two if you are in that line of work. The other benefits of this 7-inch tablet, is a 10 hour battery life, a very touch sensitiv display that can be used even with gloves, the option of configuring it with an integrated 1D/2D barcode reader, it has very accurate GPS technology (SiRFstarIVTM), and a high-frequency RFID reader.

As for ruggedness, the Z710 is certified to withstand a drop of up to six feet, and to operate in temperatures ranging from -4 to 122 degrees Fahrenheit (-20 to 50 degrees Celsius). And it comes with a three year warranty too, which is unprecedented for any tablet computer. Not that a tablet would stay modern after three years, but that’s another matter. The Getac Z710 price begins at $1,499, with the release coming in May.

A great gift for your clutzy friend in other words. Although, this tablet still isn’t waterproof. So for those who have a tendency to spill drinks ever so often, the waterproof upcoming Sony Xperia Tablet Z would be an even better option. 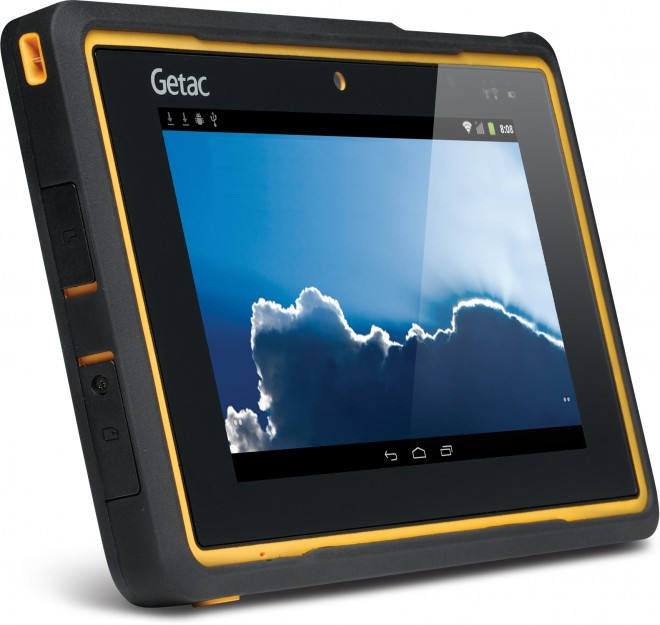