Sony Mobile Communications Co. Ltd. officially unveiled their latest tablet computer today, named the Sony Xperia Tablet Z. Coming to US in April, starting at $499. Release date in Japan is set to April 13, and original release date was set to April 15 in Europe but this date was later changed to late May instead.

The processor is a 1.5GHz Quad-Core Qualcomm Snapdragon APQ8064, but as we have seen with the Xperia Tablet S, the clock speed of a CPU doesn’t always reveal its actual performance. It comes with 2GB of RAM, 32GB of storage, plus a microSD card slot for cheap and easy storage expansion or file transfer. It is Sony’s first 10.1-inch Android tablet, with a widescreen sporting a 1920×1200 resolution and 16:10 aspect ratio, with Sony’s usual high-brightness and deep black which should give it a great performing display. 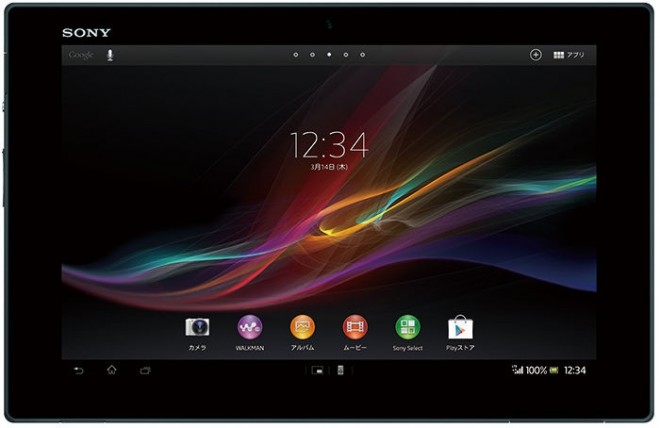 Other specs and features inculdes a 8.1 megapixel rear-camera with CMOS sensor, and a 720p front camera. Sound is delivered through Sony’s S-Force Front Surround 3D, which simulates a 5-channel surround sound by moving the front sound closer to you. It also features Sony’s much loved IR-blaster and universal remote control functionality, that is found on both the Xperia Tablet S and its preceding firmware upgraded Sony Tablet

With the Xperia Tablet Z, Sony is moving away from their popular ergonomic magazine-like fold on the back of the tablet that we have previously seen, and instead opts for a normal flat back cover. The weight is 495 gram, and the thickness is only 6.9 mm. Furthermore it features NFC, it will have 4G LTE support, and will come in color options of either black or white.

Sony’s tablets are big in Japan, and at the time of the unveiling, Sony first said it was preparing to launch the Xperia Tablet S primarily for the Japanese market the coming spring. However, at the MWC in Barcelona, Sony finally said it was also going to release the Xperia Tablet Z globally in the middle of April, starting at $499 for the 16GB model, and $599 for the 32GB model. 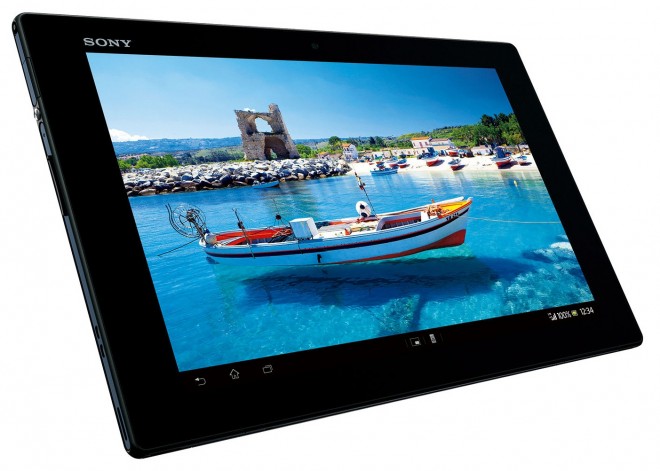