Some of the specs for the upcoming 18.4-inch tablet from Samsung, currently referred to as Samsung Galaxy View SM-T670 after Samsung Germany teased the device about two weeks ago have finally had it’s first specs confirmed.

And the confirmation comes from FCC where the Samsung SM-T670 has been busy filing for approval the last three months. And the FCC approval is also an indication that Samsung’s 18.4-inch tablet is closer to launch than was initially believed.

So what are the confirmed specs? Well for starters, the SM-T670 model number and the actual 18.4-inch dimension is in itself confirmed. The precise dimension of the display diagonally is 472 mm, which is the equivalent of 18.58 inches. So not actually 18.4 precisely. We also get such details like the 447 mm length and 272 mm width. 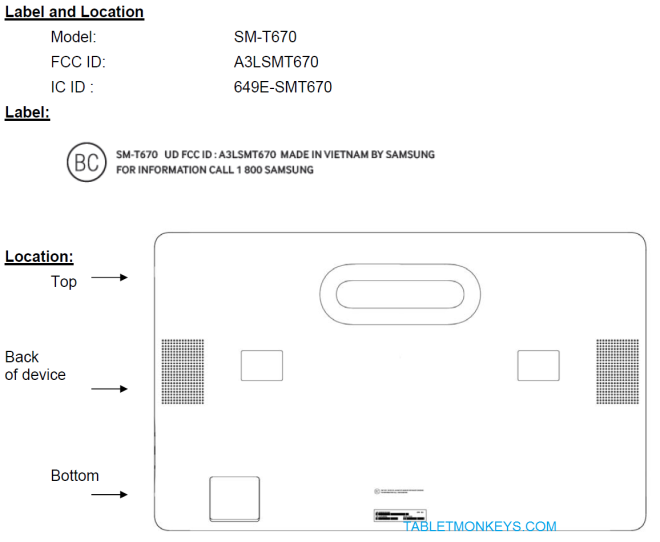 From the FCC documents it also looks like it has GPS and a 1.6 GHz processor.

The tablet illustration used at FCC shows a tablet with something of an unusual design too.

For the first brief but official glimpse of the large 18.4-inch Samsung tablet, see Samsung Germany’s teaser video below. 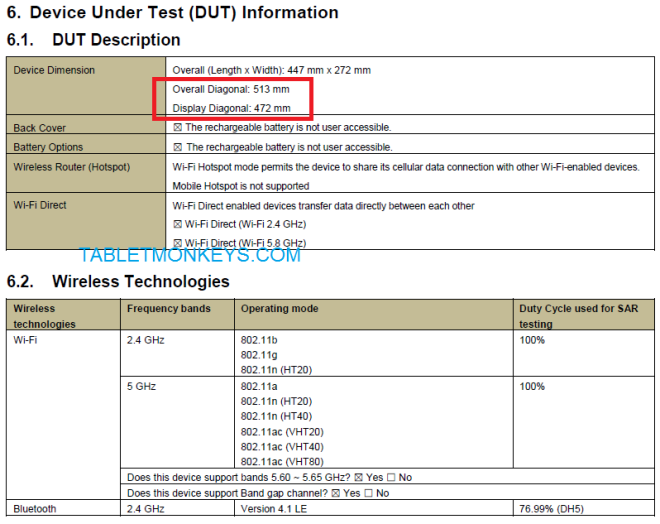