At the last press day of IFA 2015, Samsung Germany spoke about some new products, and in between all of that talk they also showed a projected video with brief flashes of what appears to be the new 18.4-inch Samsung tablet that Tabletmonkeys first discovered a month ago.

I put together a quick video below of the brief flashes that Samsung provided us with of the new 18.4-inch tablet during the press conference, where the tablet was entitled Samsung Galaxy View. We don’t know if this will be the name of the tablet yet, or if the name is more a reference for what the essence of the tablet is about.

Personally I was expecting this tablet to feature a Super AMOLED display, but there’s been no believable rumor concerning the screen technology yet, so we don’t know, although the purported Samsung Galaxy View 18.4 specs may have leaked. But it’s too early to tell if the possible leaked specs for the 18.4-inch Android tablet from Samsung are believable or not. 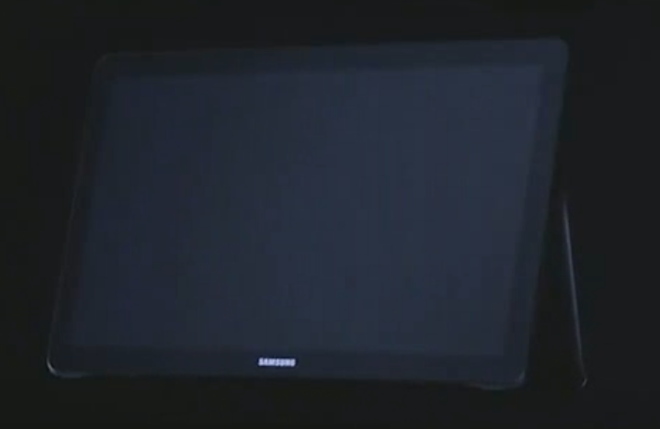 At the moment it looks like the 18.4-inch Samsung Galaxy View (or codename “Tahoe”) is over a month away, and that it won’t be announced or launched before mid- to late October.