It’s been a while since the 18.4-inch Samsung Galaxy View was launched. 3 years in fact. But now another large tablet from Samsung is rumored to come our way in the form of a 17-inch tablet made for AT&T.

The rumor originates from a story today on Android website Android Police, who says a source have told them that the device is indeed a 17-inch Samsung tablet named Samsung Galaxy View 2, and that the specs will be mostly like those of the original 18.4-inch tablet, only with a USB Type-C port this time.

Since the 17-inch Samsung Galaxy View 2 is smaller, it could theoretically have some new stand settings, but by the sound of it they are not described as different from the original. But this is also just the first leak on the new Galaxy View 2 yet.

Samsung Galaxy View 18.4 is a very useful tablet to have around the house, and the couple of hundreds of thousands of people who bought it have loved it. With the Remote App, people have used Android phones as gaming controllers and remotes for the tablet even. 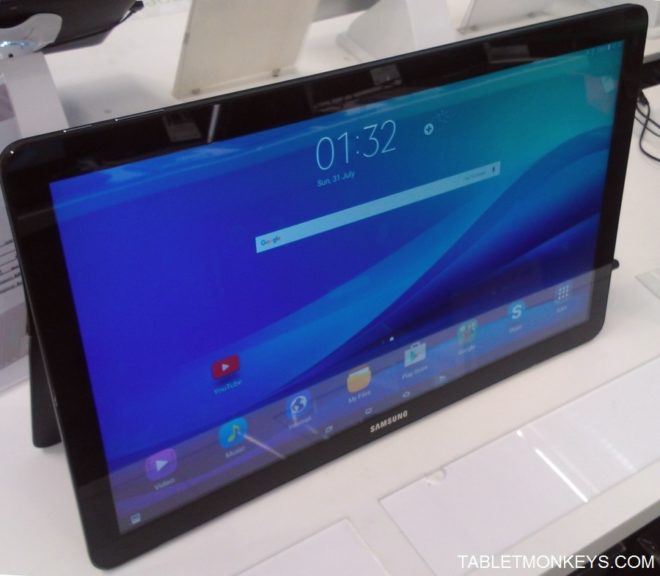