Nick Parker from Microsoft held a Microsoft OEM press conference at IFA 2015 today where he very briefly displayed an as of yet unannounced Windows 10 2-in-1 tablet from Toshiba.

This is a 12-inch Windows 10 2-in-1 tablet with a digitizer clipped onto it, much like the current Windows 10 tablet Toshiba Encore 2 Write.

According to Verge, the 12-inch Toshiba tablet is light, made of plastic, and sports an Intel Atom processor as well as a Full HD resolution of 1920 x 1280.

It has been photographed with a Lenovo Miix 2 10-style keyboard dock so it’s too early to tell if this will be a Toshiba Encore 3 Write, or if it will get some other family name. 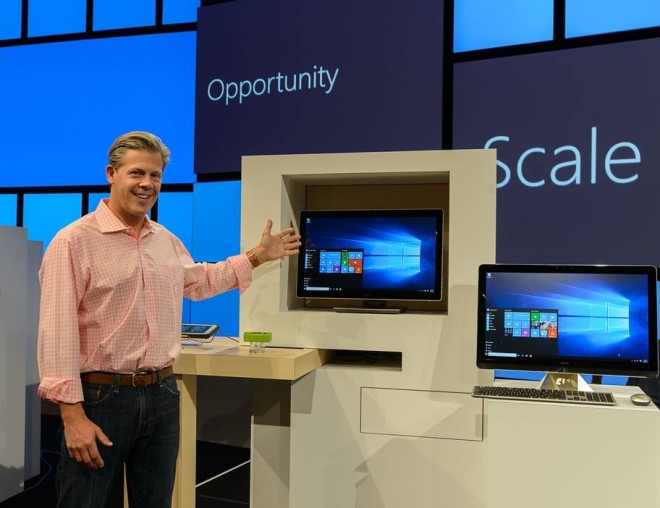