A rumor started circulating on Monday that Apple will launch an 11-inch iPad this year, even though no analyst or insider source have mentioned this possibility before.

Of course it could still be true. Another possibility is that imprecise reporting multiplied with poor translations have resulted in a rumor with little credibility, since the source is a supply chain insider in Taiwan mentioned in Economic Daily News, that may have been quoted so imprecise that “around 11 inches” is interpreted as “exactly 11 inches” when he said that a new iPad of around 11 inches will probably be launched in June. But time will tell. 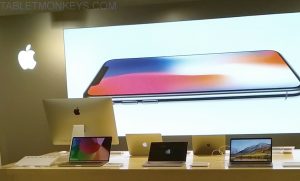 So far, this source is the only source that have claimed there is a 11-inch Apple iPad in the works.

But closely related is of course the upcoming new 10.5-inch iPad Pro. And at least once so far there have even been people who have believed that this new iPad Pro could feature the “iPhone X notch”.