And in the process Xiaomi released a neat teaser poster that coincides with the 2018 football World Cup, where the Xiaomi mascot has player shirt number 4, while passing a new Xiaomi tablet on each side on the way into the football field.

The funny teaser poster also specifies that the new Xiaomi Mi Pad 4 tablet is a an 8-inch tablet with a Full HD display. 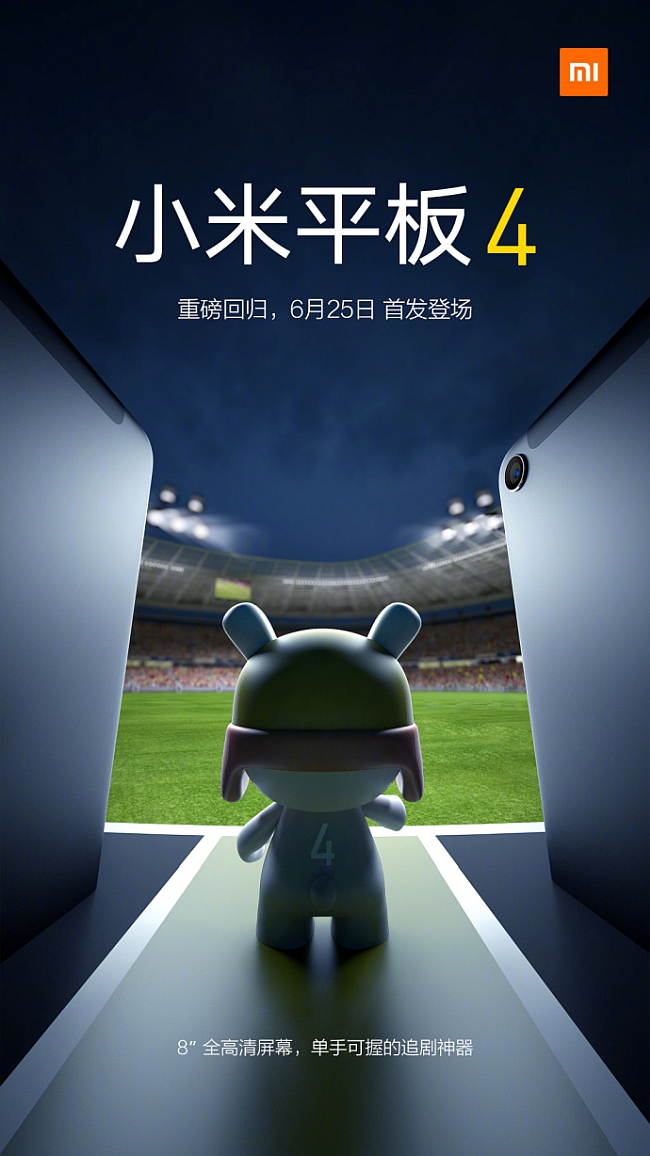 In April, some journalistic efforts concluded that the a firmware preview of the Xiaomi Mi Pad 4 may have revealed that the new Xiaomi tablet for the 2018-2019 model year could sport a 6000 mAh battery, a Qualcomm Snapdragon 660 processor, a 5MP front camera and 13MP rear camera, running Android 8.1 with MIUI 9

The predecessor, Xiaomi Mi Pad 3 was launched in April last year, and it may be that it shares the general specs with successor.