Many tablet manufacturers have confirmed the production of a Windows tablet as soon as Microsoft releases their new Windows 8 OS. What does this mean for tablets overall, and how will Windows 8 tablets compare to increased competition from the Google tablet?

(UPDATE: Both Acer, Asus, and Lenovo have unveiled their first range of Windows 8, Windows RT, and Windows Professional tablets since this article was written. Windows 8 is being release on October 26, along with several Windows 8 tablets.)

2012 is turning into a battle among giants as far as tablets and tablet ecosystems are concerned.
(For an explanation of the importance of complete user-ecosystems, read Ron Adner’s “Amazon vs. Apple: Competing Ecosystem Strategies” in Harvard Business Review.)
Two years after Apple released the iPad, two tablet ecosystems have a solid lead: The iPad from Apple, and the Kindle Fire from Amazon. But now Microsoft is renewing its efforts in the tablets-with-ecosystem market with a simultaneous release of their new OS Windows 8 together with a Windows App Store. All this at the same time that Google is tightening their grip on their Android OS with hopes to catch new and existing tablet users with their own affordable Google tablet.

The most important tablet manufacturers that have confirmed Windows 8 Tablets for 2012 are, Dell, Lenovo, HP, Asus, HTC, Archos, and Acer, with Dell and Lenovo even planning to release their Windows 8 tablets at the same day that Windows 8 OS is officially released. In addition to these tablets, rumor has it that all in all 35 different tablet models will be sold with Windows 8 installed for 2012. Nokia in particular is expected to make their first entry into the tablet market with Windows 8. 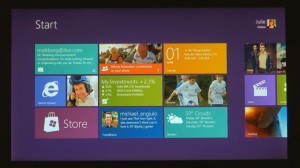 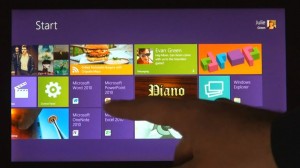 • Windows 8 promises to offer a “unified experience across PC, tablet, and smartphones.” Smooth transitions and synchronisation between different computer devices is becoming increasingly important, and Windows 8 previews have demonstrated its ability to work seamlessly between tablets, laptops, and desktops.
• Connected standby power management features to save energy while still keeping your tablet wirelessly connected. Known as AOAC, which stands for Always On – Always Connected, this power model allows slates and PCs to be optimized for power and performance at the same time. There’s even a 45 min Microsoft video about it.
• “Advanced hibernation functionality” Hybrid Boot promises much faster startup and shutdown times than older Windows versions. Two new recovery functions; Refresh restores all Windows files to their original state while keeping settings, files, and Metro-style apps – while Reset takes the computer back to factory default condition.
• The ability to sign in using a Microsoft account. This will allow for the user’s profile and settings to be synchronized over the Internet and accessible from other computers running Windows 8, as well as integration with SkyDrive.
• Xbox Live integration (including Xbox Live Arcade and Xbox Companion).

Windows 8 compatibility with hardware and software
To find out if your current software or printer, scanner, and other hardware is compatible with the new Windows 8, Microsoft has set up Compatibility Center for Windows 8 where people can look up their devices compatability.

Two versions of Windows 8 will be available for those with Intel-compatible machines; Windows 8 and Windows 8 Pro. While those powered by ARM-designed chips there will be a Windows RT version. 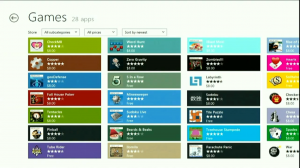 Windows 8 apps
Windows 8 tablets will have apps and newly developed app store called Windows Store, a first for Microsoft. It will be modeled after iTunes, Android Market, and Amazon’s Android store.

Connectivity
Windows 8 has “frugal” mobile broadband bandwidth tool to help ensure that users don’t go over their bandwidth with their wireless Internet provider. Windows 8 can be set to automatically switch to a Wi-Fi network if there is one available in order to limit mobile broadband.
Apps that are developed using the appropriate APIs will minimize data consumption to conserve mobile broadband bandwidth. Windows 8 will also restrict activities like automatic updates for Windows and other Microsoft software and defer them until a Wi-Fi network is available.

Market and Price
The most speculative rumor has it that Microsoft charges around $100 to tablet manufacturers for Windows 8, twice what laptop manufacturers pay. Current Windows tablets are not cheap.

Market researchers IHS have speculated that the average price of a Windows 8 tablet would be $610, higher than the iPad even. But when both Amazon launch their new “10-Inch Kindle” tablet, and Google their tablet this summer, Microsoft and Windows 8 tablets will be up against some hard competition. Windows Phone only had a 2,2% market share in Q1 2012 (down from a 13.4% market share in Q1 2007).

For tablet operating systems, Windows 8 is up against the global 57% market share of the iPad’s iOS, and the 40% market share of Android tablets.
Current sentiment suggests that the earliest adopters of Windows 8 tablets will be businesses who already have most of their work in Windows. Wall Street expects Windows 8 tablets to grab a 4% market share in 2012. Microsoft CEO Ballmer baldly believes up to 500 million users will have Windows 8 in 2013, calling it “the best economic opportunity” for app developers and hardware makers. Windows 8 and Microsoft Surface will finally be released on October 26.