Lenovo, the worlds second largest PC maker surprised the world this week at the Computex technology show by teasing with a previously unannounced and never-before-seen Windows 8 tablet.

[Updated: Available for $699.99 from TigerDirect (pre-order), or Amazon

So secretive was Lenovo about this Windows 8 slate, that they did not even give it a name, though they did refer to it as a ThinkPad. It was a few weeks later to be known as Lenovo ThinkPad Tablet 2.
Lenovo did however reveal that this is a Windows 8 tablet co-developed by Lenovo, Intel and Microsoft, that is built upon the new features that Windows 8 brings to tablets, such as the “Always On – Always Connected” (AOAC) smartphone-like technology. 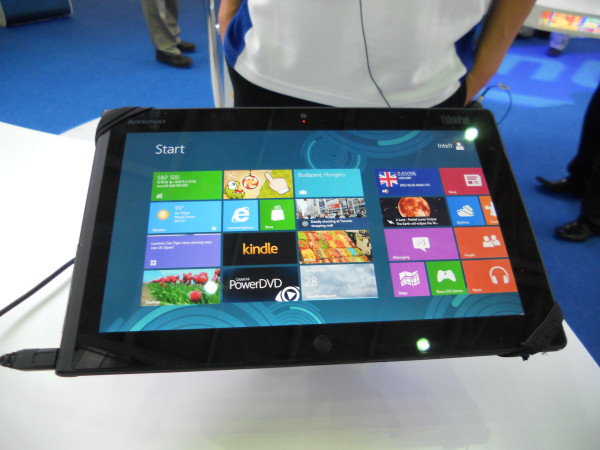 And not surprisingly, like so many new tablets coming in 2012, it has docking capabilities that boosts battery life and adds 3 USB 3.0 ports and HDMI ouput.