We first got an idea of the Samsung Galaxy Tab 4 Active in May after Samsung filed for patents in Norway, but today Samsung is launching their first waterproof and rugged tablet, and its name is Samsung Galaxy Tab Active: http://www.amazon.com/Samsung-Galaxy-Active-SM-T360-Tablet/

On the wear and tear side of Samsung’s rugged tablet, it has a anti-shock cover that can withstand a 1.2-meter drop. And with IP67 certification it is now water and dust resistant. 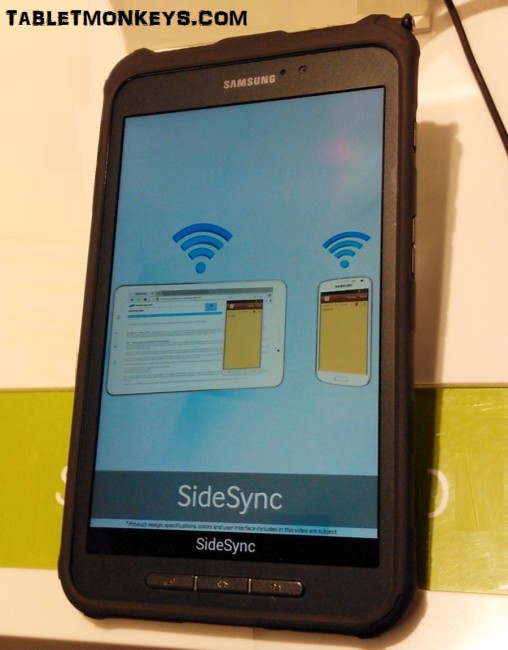 With a 3MP rear camera it can scan barcodes as well, so Samsung aims more towards capturing the UPS delivery market, more than the adventurer types with this tablet. The same applies to the tough “C-Pen” (exclusive to the Active Tab) which is integrated into the protective cover and can be used when wearing gloves, which Samsung envisions used on for instance construction sites.

And, the battery is detachable!
That’s almost a reason to get this tablet in itself. So when the 10-8 hours of battery life is used up, you can simply swap the battery for a newly charged one.

What’s more, Samsung Galaxy Tab Active comes with Mobile Care Service three year guarantee, remote Smart Tutor Service with quick access to technical support when users get stuck, and Samsung KNOX mobile security solution for keeping information secure. So, Samsung knows what the business users wants, but this is not so much a outdoor adventurer tablet then.

The hardware specs are the basically like on the normal version, with the 8-inch screen and the 1280 x 800 resolution, the quad-core 1.2GHz Qualcomm Snapdragon processor, 1.5GB RAM, Android 4.4, 2G/3G/LTE options, and 4450mAh battery capacity.

The ruggedness increase the weight from 320 gram to 388 gram. Price and release date depends on the business deal it seems.

Does UPS guys need rugged tablets? By the looks of the video below, I think it might come in very handy for a few. 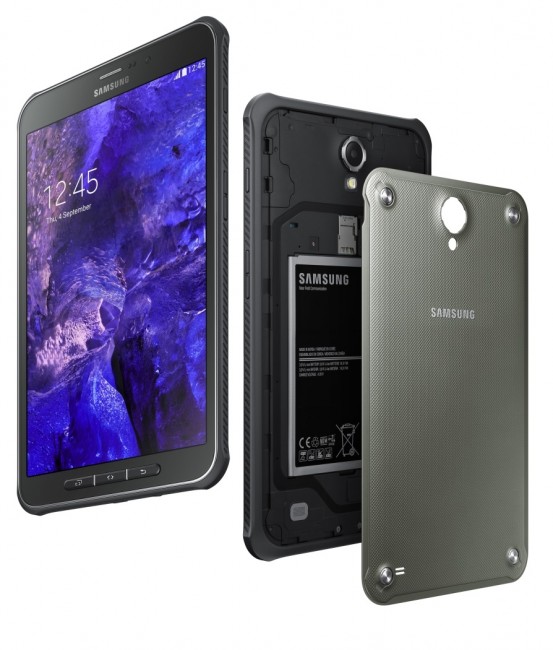 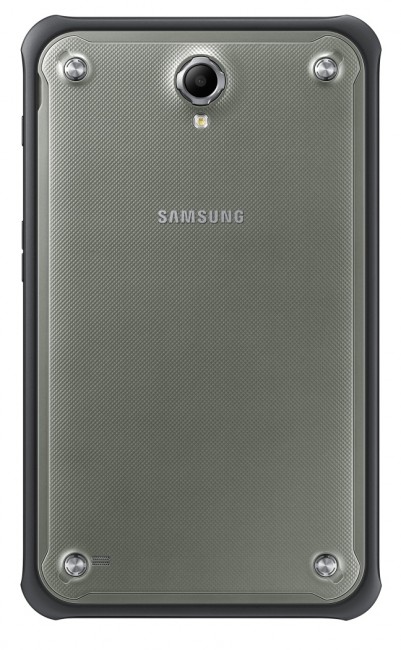 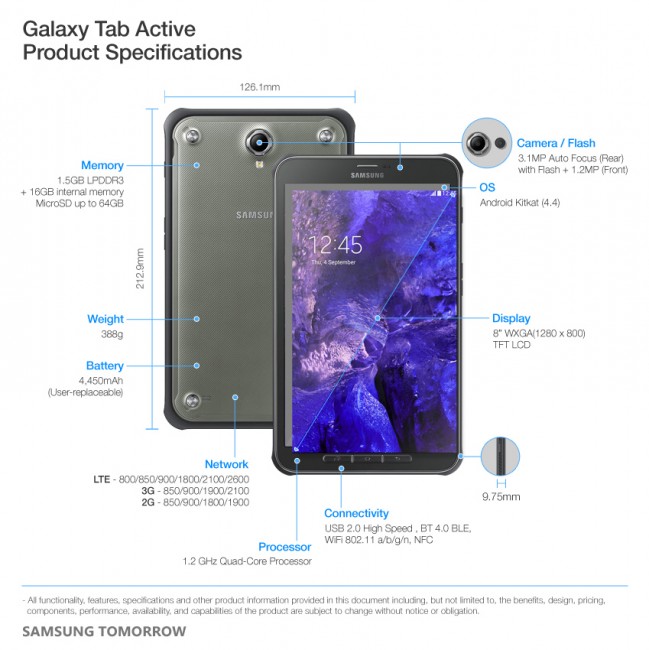