The upcoming Nokia tablets that first leaked as Nokia TA-1392 and Nokia TA-1397 in June, may just have had its model name noticed by Nokiamob.

Two British computer stores have listed a Nokia T20 tablet with UK prices of £202 for the 4G LTE model, which is specified as a blue Android tablet with 4GB of RAM, 64GB of storage, and a 10.36-inch screen, or what is normally called a 10.4-inch screen.

It happens regularly that stores leak information, breach embargo dates on products, or collaborate with leakers to drive traffic to their websites. So in those cases the actual information is often generally accurate in the end. 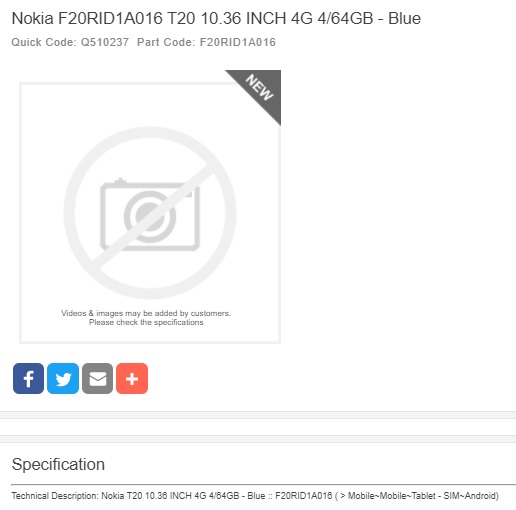