Urban Armor Gear (UAG) re-announced this week that they recently launched their first piece of hardware with the introduction of the Rugged Bluetooth Keyboard for 3 generations of iPad 10.2, which is now available in select stores:
https://www.amazon.com/URBAN-ARMOR-GEAR-Generation-Multi-Touch/

So with that it can turn the iPad 10.2 into a small laptop or 2-in-1 as it has four viewing angles, a spill resistant keyboard with backlit keys, a trackpad, an Apple Pencil holder, and a rechargeable battery.

As a rugged keyboard for the iPad, UAG says the it adheres to an 8ft drop protection standard too. 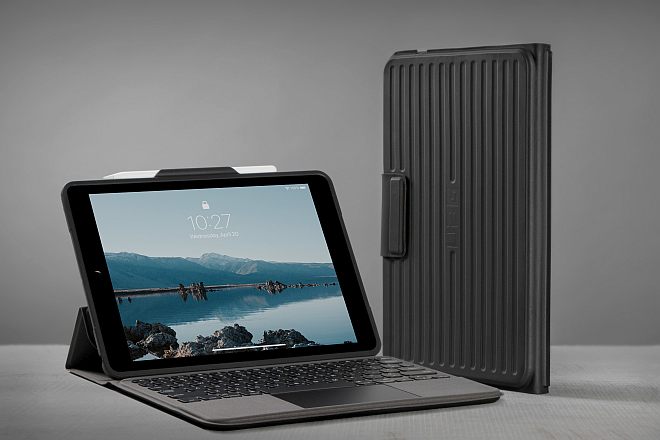 Sometimes the release of brand new tablet cases or covers corresponds to the launch of new tablets too, since third party accessory brand have access to information on upcoming devices so that they’re ready to launch accessories right after the launch of a new tablet.

So that begs the question, does UAG already know if the next iPad will still be a 10.2-inch tablet? Because the last news on the upcoming new iPad was that at least the display resolution was going up.