The new Nintendo Switch rumors that were dismissed by Nintendo president Shuntaro Furukawa in January, have just got some new momentum behind them again with a report in WSJ today claiming that these two new Nintendo Switch models will be launched during the summer.

Wall Street Journal claims to quote parts suppliers and software developers who they say have access to a prototype of the version that is more powerful than the current Nintendo Switch, while there will also be another cheaper version that’s described as a successor to the 3DS model. The cheaper “Nintendo Switch Mini” is said to remove the haptic feedback in order to make it cheaper.

Sharp is expected to have won the contract for the displays of these new Nintendo Switch tablets.

When it comes to timing, one insider believes these new Nintendo Switch devices may be unveiled during the E3 (Electronic Entertainment Expo) trade show that starts on June 11, with a launch months later. 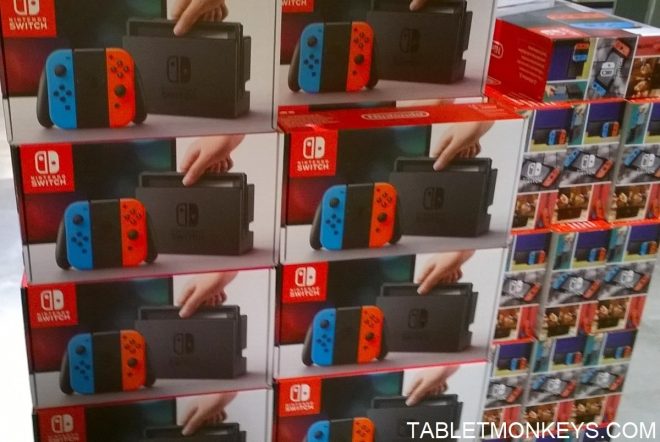