can be bought for just $249 at the moment, which is quite the bargain.

So there goes the selling point of the Toshiba Encore 2 – 10. Now where did Toshiba cut costs in order to launch this tablet at this price? Just like the smaller 8-inch Encore 2, the Toshiba Encore 10 have just 1GB of RAM, which doesn’t inspire to heavy work tasks, but maybe that’s not the point either. Plenty of people would probably never even use Office on this tablet anyway, and may get by with just 1GB of RAM for their other tasks, like web browsing. 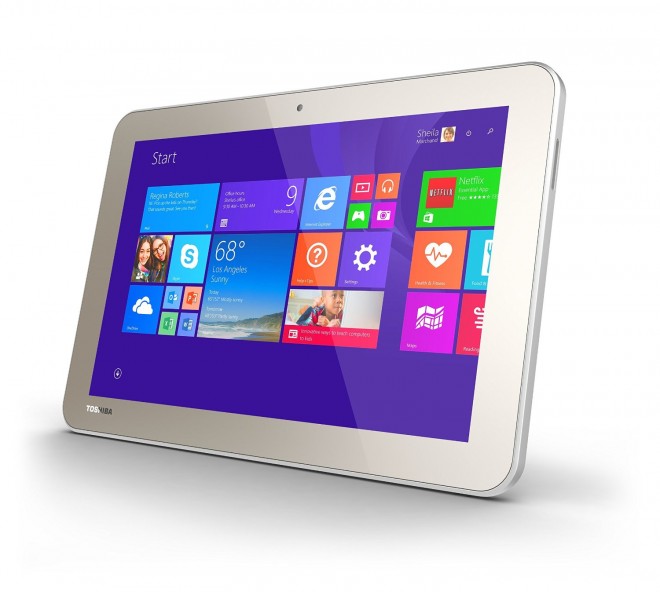 Toshiba also gave this tablet the same 1.33GHz quad-core Intel Atom Z3735F processor that the 8-inch cousin now has. The other specifications includes a 1280 x 800 resolution, 32GB and 64GB storage, a 1.2MP front camera and a 5MP rear camera, 802.11n Wi-Fi support, Miracast support, and otherwise the usual array of ports and sensors, including micro-HDMI.

Toshiba claims an average battery life of 10 hours on this tablet, which might be possible, but I haven’t tested it myself.

I want to like this tablet because of the relatively low price, and I’m happy that Toshiba has put some price pressure on its competitors, but considering that it’s possible to get better tablets for less money, the price still isn’t low enough, and the specs are just a little too low to give it a proper thumbs up despite its fancy exterior. I guess it’s all a question of what we use our tablets for. 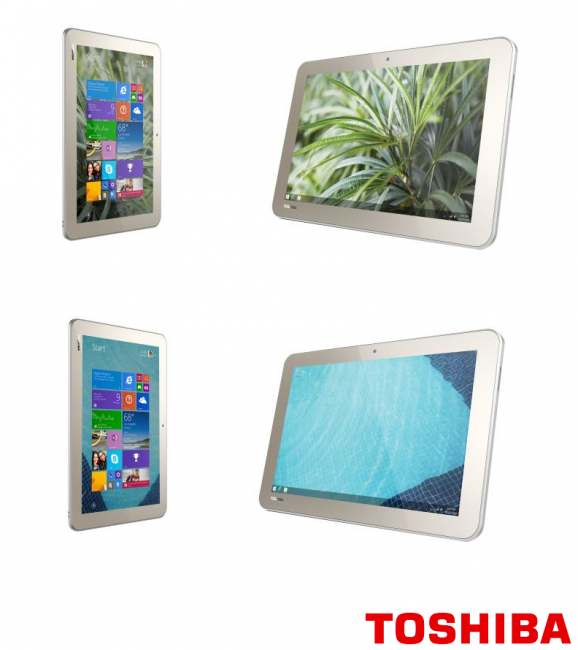 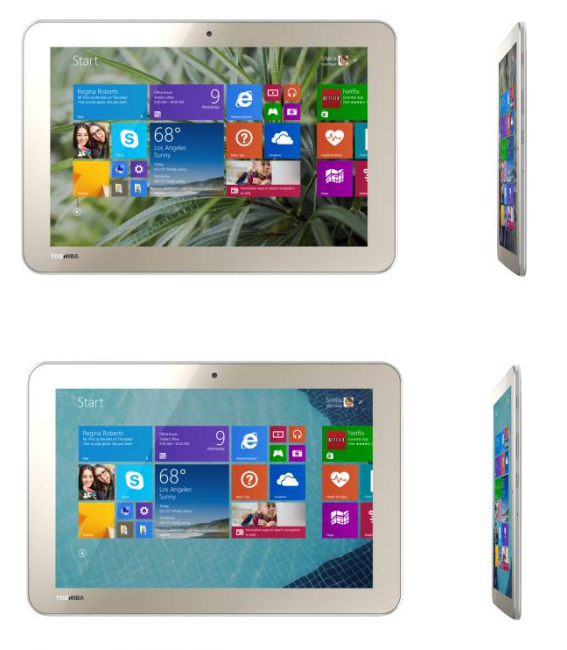 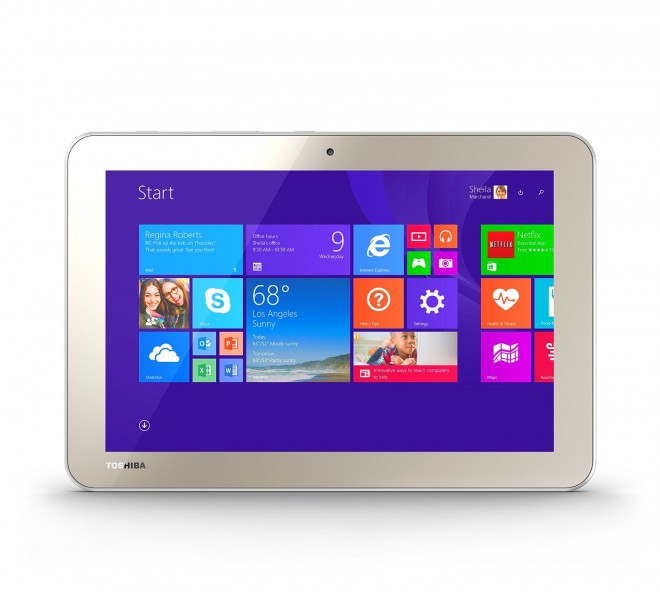 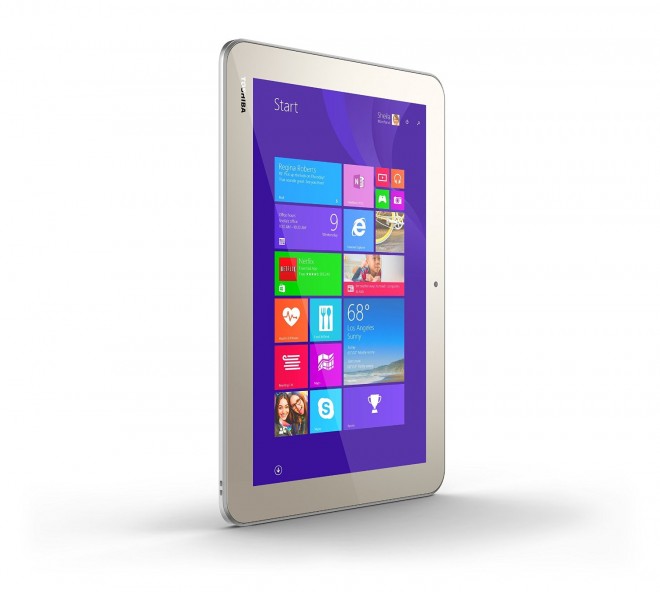 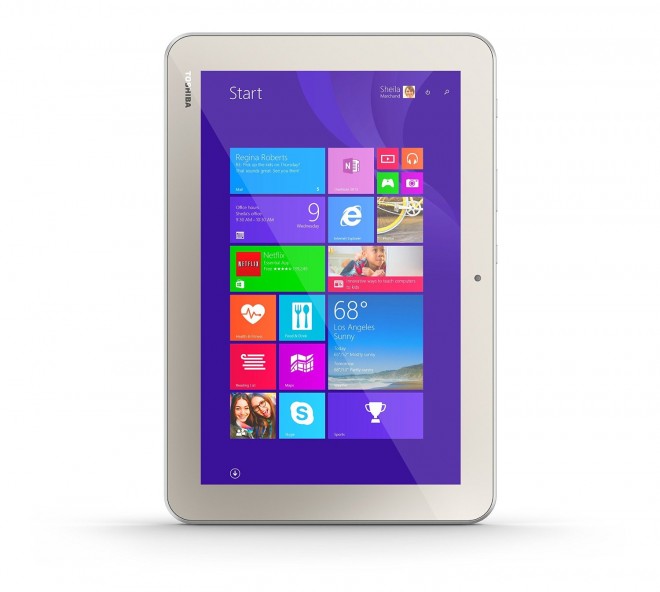 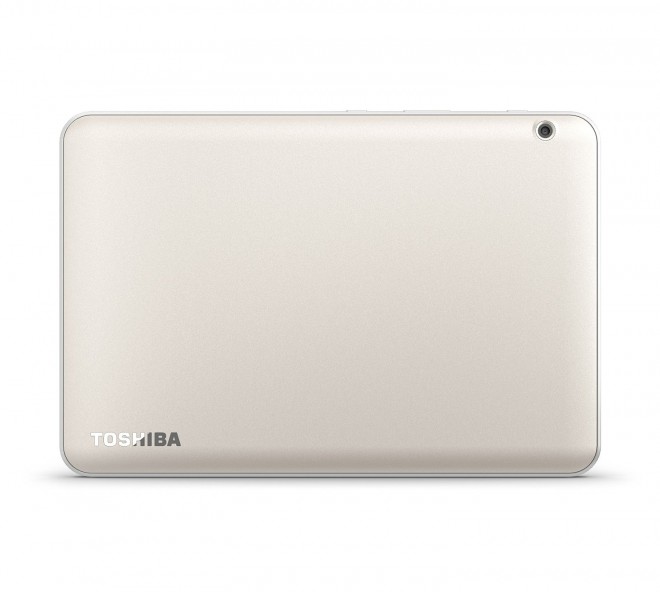 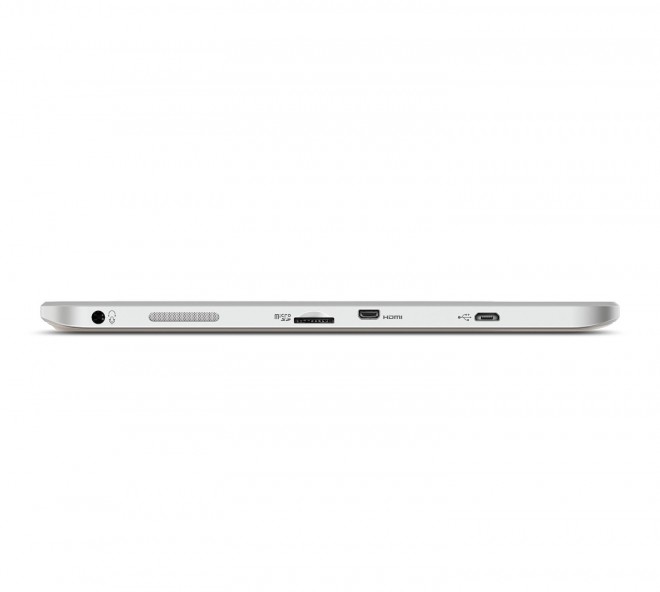