The estimated preliminary tablet figures for Q2 2022 have been reported by various industry analysts, and it makes for positive reading.

In the words of Strategy Analytics: “Inflation has gripped household budgets and consumer sentiment is on the decline, yet mobile computing demand persists as user behaviors favor hybrid work and tablet shipments continue to outpace pre-pandemic levels” 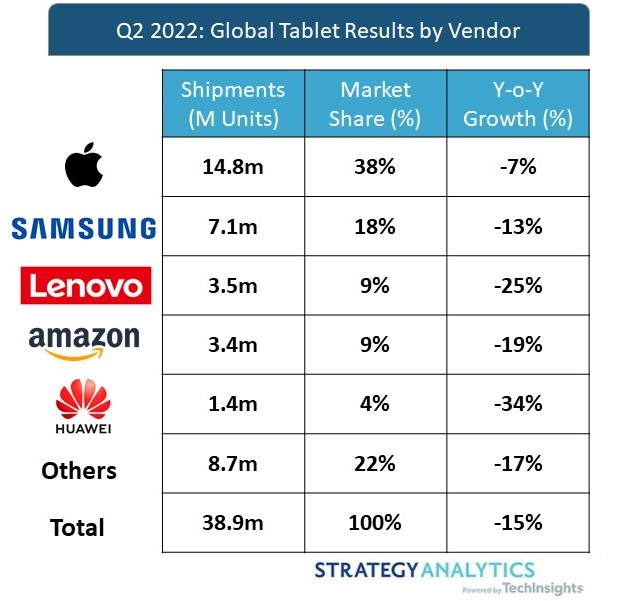 Android tablets still enjoy an almost 50% market share at 49%, while iPadOS comes in second and Windows tablets in third.

As far as tablet brands were concerned, Apple shipped the most tablets in the last quarter, at between 12.6 and 14.8 million.

Huawei then comes in what is then the fourth or fifth place, with an estimated 1.4 to 2.1 million tablets shipped.

One of the most important readings though is that all the remaining brands than have then been lumped together as “other brands” made up a total of 8.7 to 9.4 million, or well over 20% in the April through June timeframe. These are brands like Realme, Oppo, Xiaomi, Chuwi, TCL, Nokia, Teclast, HP, Microsoft, Asus, Acer, and Alldocube, so that’s a very large collection of remaining computer brands. 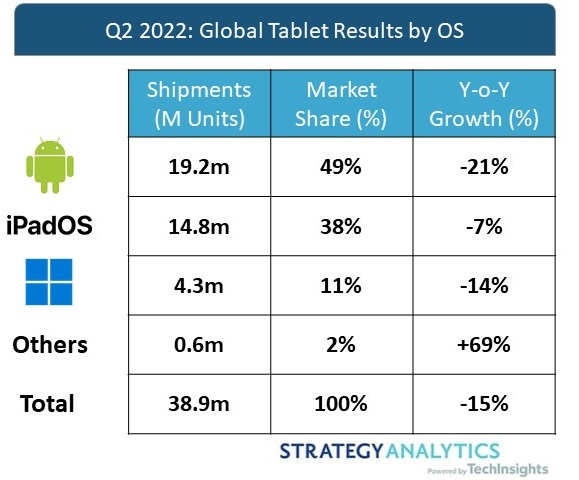