The chipset upgraded Microsoft Surface Pro X was released yesterday, two weeks after the Surface Pro X SQ2 unveiling on October 1. And we now have an average of benchmarks for it that gives us the first clues as to what to expect from it.

Considering the price difference of $1,299 for the SQ1 model with 16GB/256GB, and $1,499 for the similarly spec’d SQ2 model, you would expect more than just incremental differences. 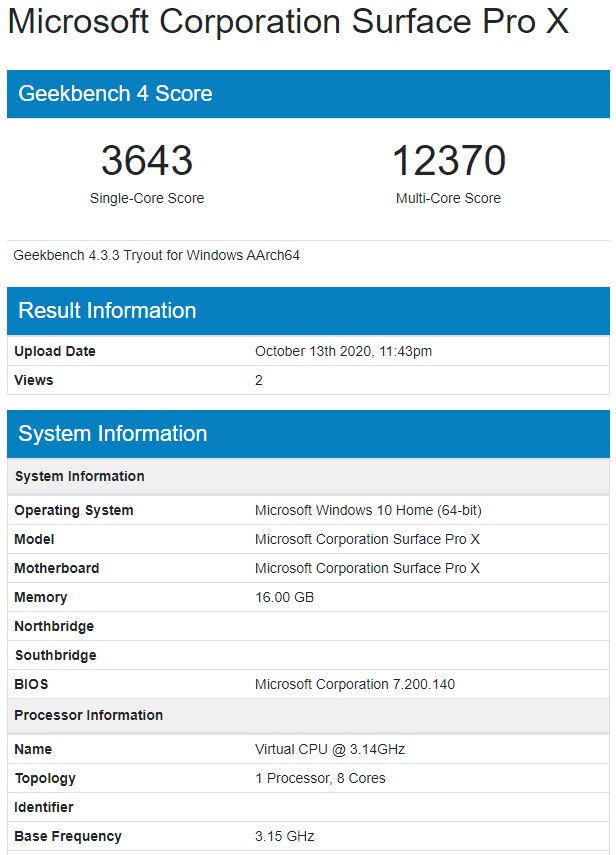 What we’re seeing is almost at the level of careful overclocking differences. In Geekbench 4 it’s now running a 3.14 GHz as opposed to 2.99 GHz before.

The real test will be after the x86 emulation rollout, and if the new SQ2 chipset will come more into its own after the software side of things have started to shake up things.