Is Sony either sitting on a successor to the Sony Xperia Tablet Z or maybe even adding a tablet to their singular tablet line?

(UPDATE 2: This tablet, which is the Sony Xperia Z2 Tablet was officially unveiled at MWC on February 24th, 2014.) 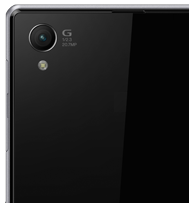 Either way, Evleaks claims that there’s a new tablet on the way from Sony under the name of Sony Castor.
Sony Castor is tipped to run the new Qualcomm MSM8974AB processor, and come with optional 4G.

The current 10.1-inch Sony Xperia Tablet Z is a waterproof and very thin Android tablet that have been well received ever since it was released in May (US date) last year.

We haven’t heard any tablet news from Sony at CES, so if it’s to be unveiled at a technology show, it could be the upcoming Mobile World Congress (MWC) in Barcelona between February 24 – 27.