Xiaomi and Redmi have started to announce some of the products that they will unveil during their October event, and today they even announced that the Redmi Pad will be unveiled on October 4.

The first Redmi tablet was FCC approved almost two months ago, so it’s naturally all ready to launch. 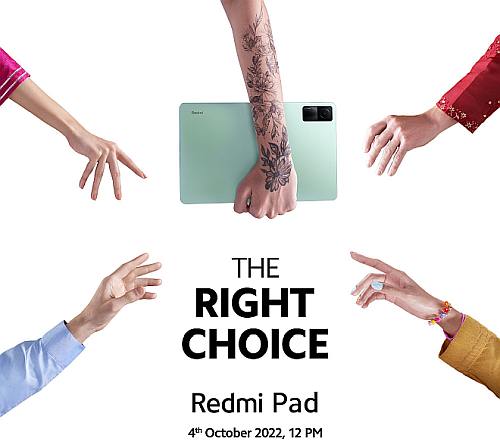 It’s been certified with a 8000 mAh battery, dual-band Wi-Fi 5, Bluetooth 5.1, and model options of 4GB and 6GB of RAM, with 64GB and 128GB of storage, though a 3GB RAM/64GB storage model was also included during the FCC approval.

Later on we have seen from the teaser images that it has 8MP cameras, a 10.6-inch Full HD screen, while it’s powered by a Helio G99 processor.