The Samsung SM-P615 tablet that first leaked in December 2019, has appeared with some new information for the third time, this time via the Bluetooth certification organization.

It was certified with Bluetooth 5.0 based on the files published on Wednesday, but more than that, the Samsung SM-P615 was also named Samsung Galaxy Tab S6 Lite for the first time.

That doesn’t imply that the tablet is guaranteed to be called that, since manufacturers sometimes provide misleading names. But it may give us an idea of where Samsung is placing this tablet when they finally launch it. 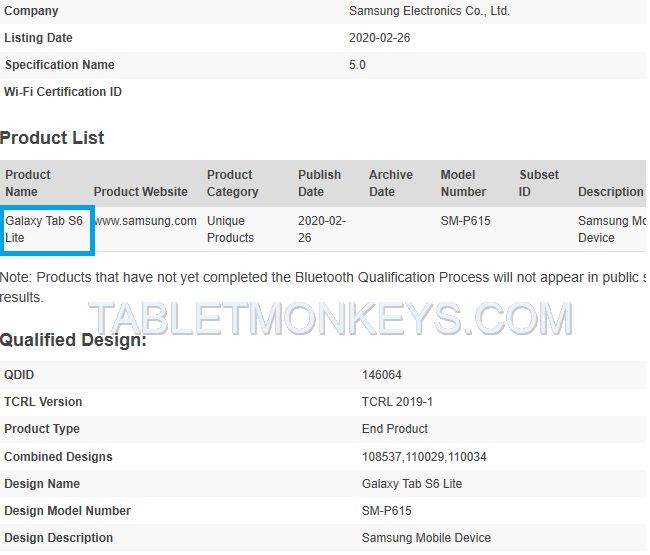 From before the Samsung SM-P615 aka Samsung Galaxy Tab S6 Lite have been benchmarked with Android 10, an octa-core Samsung Exynos 9611 processor, and 4GB of RAM.

And based on the model number, it should come with a Samsung S Pen digitizer, probably integrated.