The upcoming Android 10 tablet Samsung SM-P615 that first leaked in December, have been benchmarked this week in a series of four tests which look like they were carried out by Samsung.

Apart from Geekbench 4 benchmark scores of around 1660 in single-core and 5420 in multi-core scores, the benchmarks also revealed new specs like an octa-core Samsung Exynos 9611 processor, 4GB of RAM, and Android 10.

And as mentioned by Sammobile who notified of the benchmarks, this is the same processor found in smartphones like Galaxy M30s and Galaxy A50s. 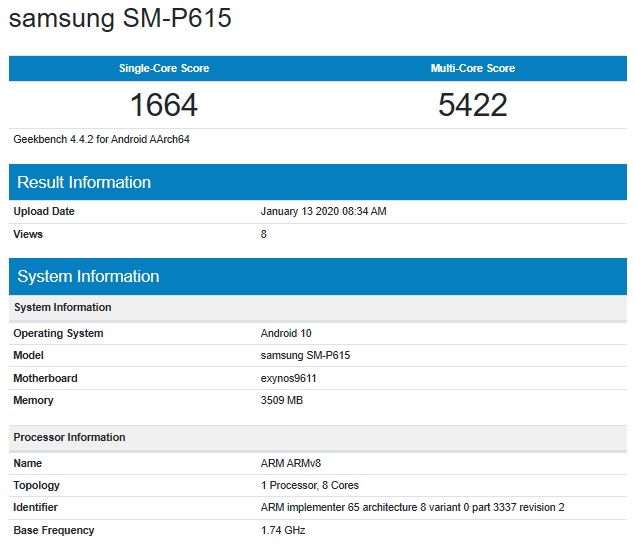 So with this 10nm processor we can expect specs like LPDDR4x RAM, dual-band Wi-Fi 5, BT 5.0, GPS/GLONASS/Beidou/Galileo, and that this version is one with 4G LTE built in.

And based on the model number, it is believed that this new Samsung tablet comes with some sort of Samsung digitizer.

Below is the promotional video for the Exynos 9611 chipset from the launch of it during fall.