Back in March, Samsung announced that it was going to facilitate self-repair starting with some of their flagship devices later this year, like the Samsung Galaxy Tab S7+ and smartphones such as the S20 and S21 series.

And today they officially launched the initiative, which starts with just one tablet, and that’s the Samsung Galaxy Tab S7+.

But what can you actually repair? Samsung is launching this self-repair program together with the replacement part and repair company company iFixit, so that they’ll both support each other in this ordeal, which includes the publication of guides as well as an online forum for the supported devices.

This will make it possible to replace the screen, back cover, and charging ports for now. 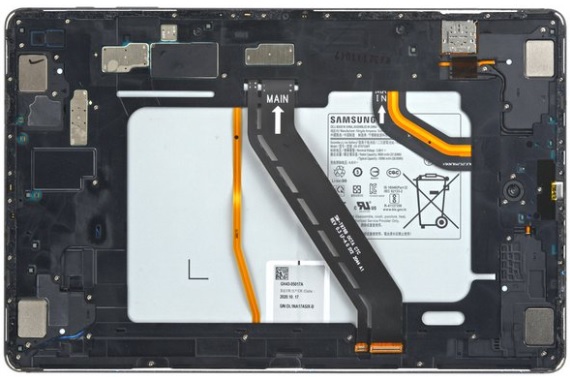 Samsung states that it plans to extended this service to more devices as well as add more repair options in the future, so that would be useful.

These three parts and the repair tools needed can be bought from iFixit or Samsung retail/service locations.

So you still won’t be able to replace something like the battery through this arrangement yet, but battery replacement kits exists for several tablets already, so if you’re feeling adventurous or know what you’re doing, it’s often possible to order new batteries for tablets together with a small repair kit included.

In the meantime, to get cracking with the repair of one of the supported Samsung devices, start from: https://www.samsung.com/us/support/selfrepair/