The upcoming Windows 10 tablet / 2-in-1 Samsung Galaxy TabPro S was unveiled the first week of January and will launch in a few weeks. So ahead of the launch it had to go through the FCC approval too, which it has passed, something that provided us with a few more technical details on the hardware along the way.

In the FCC files for the Samsung Galaxy TabPro S (SM-700 and SM-W703) we discovered some more detailed hardware specifications, which is always useful to know for those who are thinking about buying this Super-AMOLED tablet.

The specific processor used in the testing is the 2.2 GHz Intel Core M3-6Y30 “Skylake” processor with Intel HD graphics. The RAM is Samsung’s own LPDDR3 RAM, and so is the 39.5 Wh (5200 mAh) Samsung SDI Li-ion battery, and the OLED display. 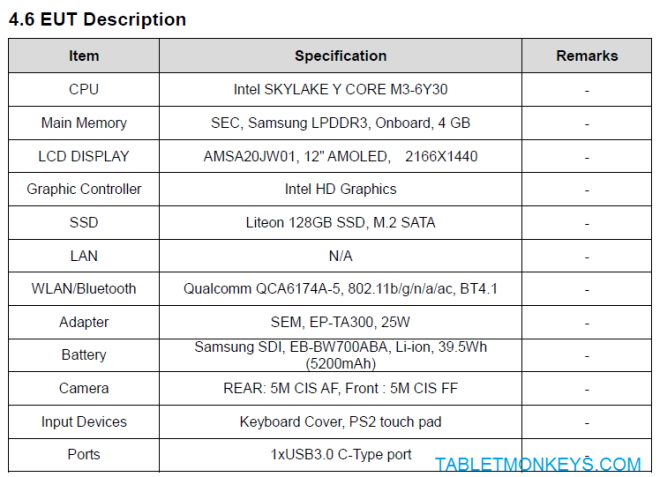 The mobile storage is a Liteon SSD, while Samsung gets its WLAN from Qualcomm with the QCA6174A-5 modem. Other connectivity is of course 802.11 a/b/g/n/ac Wi-Fi and Bluetooth 4.1.

The cameras on this Windows 10 tablet are from Samsung too, with a 5MP CIS autofocus camera, and 5MP CIS fixed focus camera.

We will update when the launch date is finally set by Samsung. 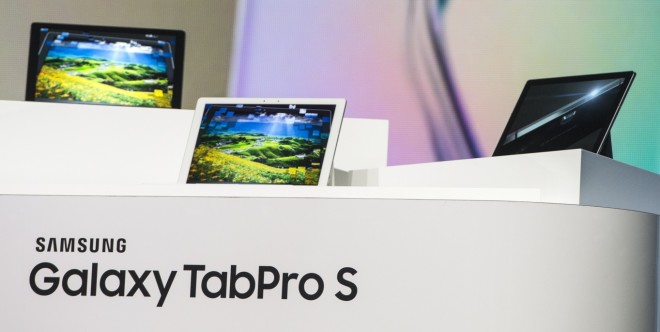