With the new “Samsung Flow” app on Google Play, users can unlock and login to the tablet via the phone, or notifications on the Galaxy phone can be pushed to to the TabPro S tablet. As the app develops in the future, Samsung says it will be possible to both mirror and divide the screen between the tablet and the phone, as well as get more notifications. This app is sometimes refered to as Galaxy Continuity too, but it’s called Samsung Flow on Google Play.

The concept is basically just to transfer anything between two devices seamlessly.
Samsung is also promising quick updates to support OS developments. 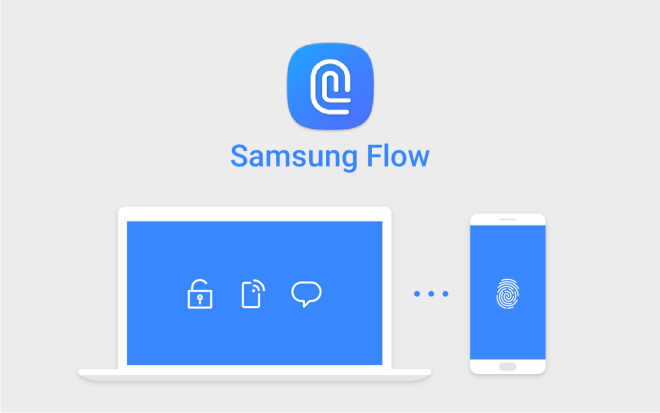 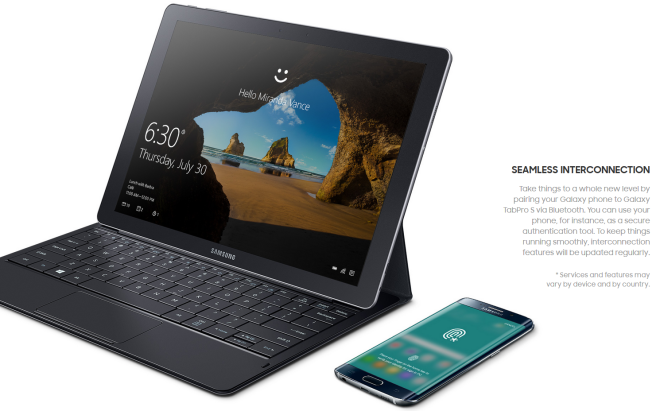