I thought I would kick off 2022 with a brand new Samsung leak, complete with a photo of the tablet too.

Here’s Samsung’s new 8-inch tablet for 2022, which I so far only know by its model name Samsung SM-T270. This is an Android 12 tablet powered by the 2.0 GHz octa-core Samsung Exynos 850, the same processor used in the Samsung Galaxy A21s, and it’s even been benchmarked with 3GB RAM.

This new 2022 Samsung tablet was benchmark tested in Geekbench 5 just before Christmas, where Samsung Galaxy Tab (SM-T270) achieved a single-core score of 180, and a multi-core score of 922. 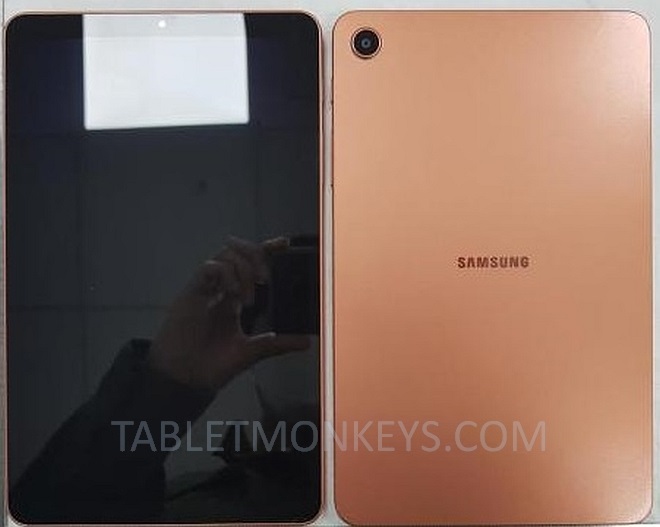 In terms of size, the Samsung SM-T270 has followed the path of the iPad mini 6, where it has slimmed down its total square inches.

The Samsung SM-T270 is 7mm shorter than the A7 Lite, but 3mm wider, so all in all this tablet has a smaller total exterior than the 8.7-inch Samsung Galaxy Tab A7 Lite.

So while I don’t have the data leaks for the display yet, the screen size should be either the same or roughly the same as the 8.7 inches of the A7 Lite.

But as we can see by out photo leak, Samsung will be offering this copper orange tablet in more color choices than just the black or white color options that have been available for the A7 Lite. 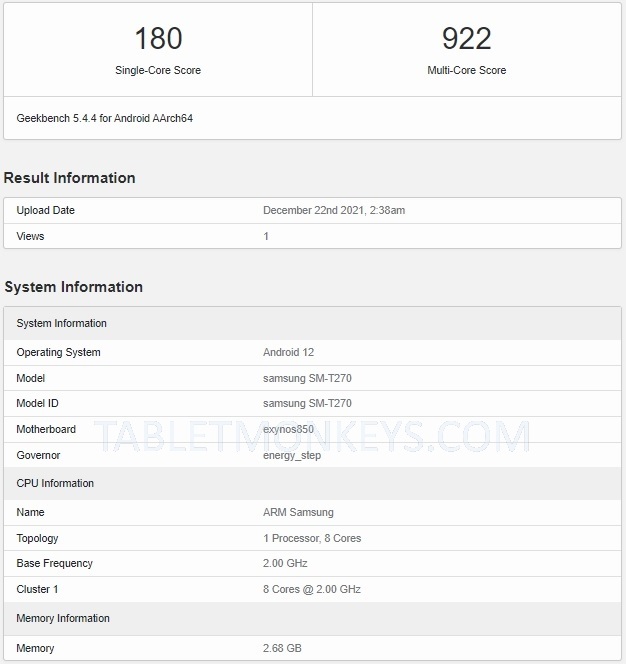