These Tab S7 reservations still doesn’t count as an actual pre-order though, as the pre-orders for the Wi-Fi models in the US will now commence on September 2nd.

I was alerted that those who do continue to pre-order it after the reservation period is over, will receive a $35 credit for other Samsung gear, which can then be used on accessories like the keyboard cover, book cover, or even on some gear unrelated to the Tab S7 tablets. 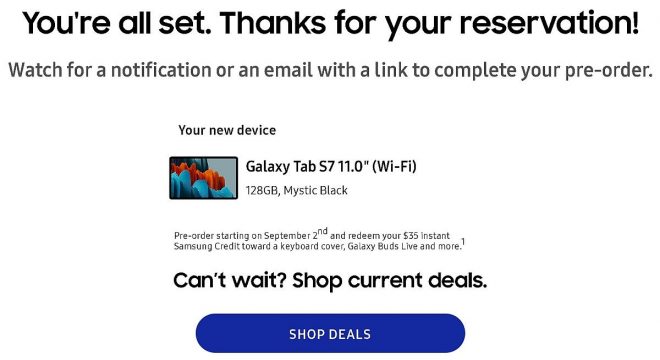 The pre-order procedure and launch time varies from country to country though, so deals and release dates are different around the world.