Samsung Galaxy Tab S6 started taking pre-orders today as promised, and it will be released on September 6th, basically coinciding with the launch of the world’s most powerful Android tablet at IFA, available from both Samsung and Amazon, where the keyboard is 50% off during the pre-order period the next two weeks.

The Samsung Galaxy Tab S6 was announced on July 31st, and is powered by the octa-core 1.7 GHz – 2.8 GHz Qualcomm Snapdragon 855 processor with options of 6GB of RAM and 128GB of storage, or 8GB of RAM and 256GB storage, and even microSD card support tops out at 1TB.

Samsung Galaxy Tab S6 has dual rear cameras, with both a 13MP camera and a 5MP camera, offering a Ultra Wide angle camera for capturing landscape or indoor interior photos, and it has a 8MP front camera for super sharp video messaging. 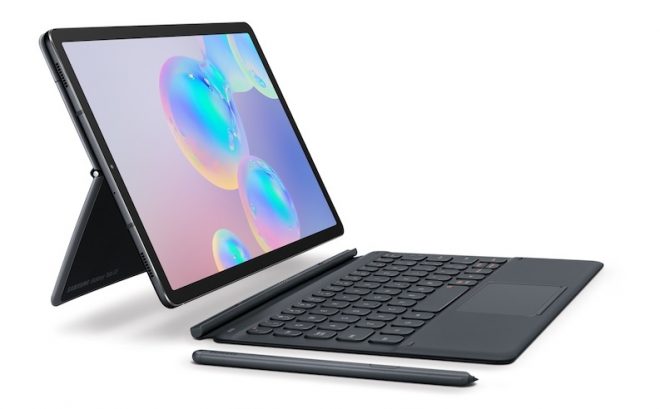 Other highlights includes the remote control digitizer, the 2560 x 1600 resolution display, a 15 hour battery life, under-display fingerprint reader, optional keyboard with touchpad, 4 speakers, and high-end tablet specs in all other areas, making the S6 a flagship tablet Samsung can be proud of.