So you want to buy the Samsung Galaxy Tab S3 do you? Well, it is now taking pre-orders in Europe for €679, with an early April launch date. And the earliest confirmed release date I have found from a European retailer so far, is April 2nd, while the Samsung Galaxy Tab S3 launch date is March 24th in the United States.
https://www.amazon.com/Samsung-Galaxy-9-7-Inch-Tablet-SM-T820NZKAXAR

Like we wrote a few weeks ago, Samsung is going after Apple hard this year, and the prices, sizes, features, and technologies reflects that. With a Samsung Galaxy Tab S3 price of €679, that means the price is identical to the most common European Apple iPad Pro 9.7 price, which is also €679.

That’s the entry level price by the way for the Wi-Fi model. The Samsung Galaxy Tab S3 LTE costs $769. If you live in Germany, then now would be a good time to buy, since Samsung is throwing in a free keyboard cover in the bundle, which they say costs €130.

Is the price worth it? Of course, but if you don’t want to sell a kidney to get the majority of the features, then the Samsung Galaxy Tab A 10.1 with S Pen is a very good alternative at half the price. And Samsung have confirmed that the Android 7.0 Nougat update for it will roll out during the summer too. 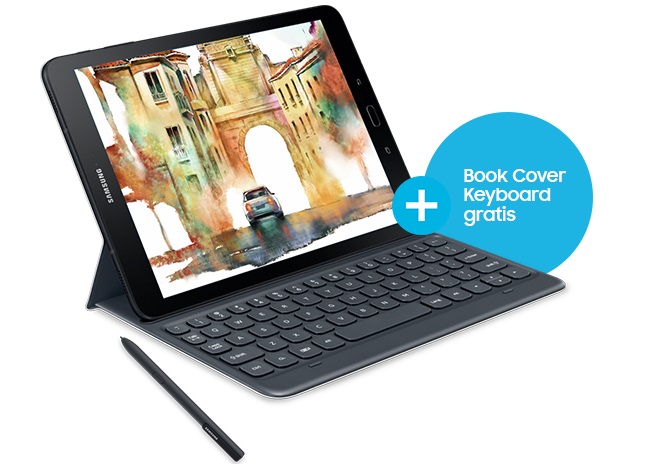