On the same day that the new Super AMOLED Samsung Galaxy Tab S2 tablets released in the US, Samsung together with Barnes & Noble also announced a new NOOK version of the 8-inch model, simply called Samsung Galaxy Tab S2 NOOK. The price is almost the same, at $399, but since Barnes & Noble members save 10%, it can be bought for $359 instead:
http://nook.barnesandnoble.com/u/samsung-galaxy-tab-s2-nook-8-inch-tablet/

And Barnes & Noble customers also get three free NOOK books and three free NOOK magazines, in addition to $5 worth of starter credit and free lifetime in-store support and free in-store Wi-Fi access in 650 stores together with the Samsung Galaxy Tab S2 NOOK.

The beauty of Samsung manufacturing Barnes & Noble’s NOOKs is that the tablets are always the same Samsung tablets that you would otherwise get, with exactly the same hardware. It’s just the additional NOOK added to the name that’s different along with free extra content from Barnes & Noble that turns it into a NOOK tablet. 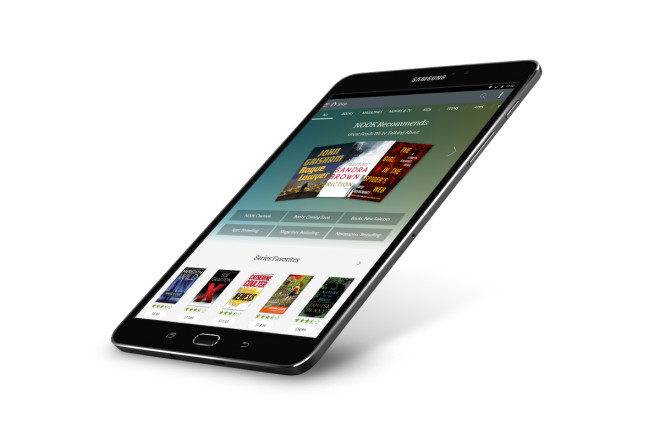 So this means that all the features of the brand new Samsung Galaxy Tab S2 is there, such as Android 5.0 Lollipop, the multitasking abilities, parent control/Kids mode, the Microsoft Office for Android with Word, Excel, PowerPoint, OneNote, and 100GB of free cloud storage from Microsoft where you can store whatever files you like.

The Samsung Galaxy Tab S2 is the world’s thinnest tablet at 5.6mm, but still manages to pack a a fingerprint scanner in the home button for safe and easy login, and is a complete tablet overall with no actual shortcomings.

It has the award winning Super AMOLED display with 2048 x 1536 resolution and 4:3 aspect ratio, which is perfect for a NOOK to consume media content on. It’s powered by a powerful and battery frugal 64-bit octa-core Samsung Exynos 7 5433 processor which gives the tablet a 14 hour battery life, even though it has as much as 3GB of RAM.

Samsung Galaxy Tab S2 NOOK has 32GB of storage and also supports microSD cards up to 128GB, so storage expansion is easy and cheap. It also has the fastest Wi-Fi you can get with dual-band 2.4 GHz and 5 GHz band 802.11 a/b/g/n/ac support, in addition to the latest Bluetooth 4.1 if you want to pair it with a smartphone. You also get GPS, GLONASS and all necessary tablet sensors.

It has two good cameras too with a 2.1MP front camera for video chats, as well as a larger 8MP rear camera. It has stereo speakers on the sides of the tablet.

So all the hardware are at the top level on the Samsung Galaxy Tab S2 NOOK, and remarkably enough Samsung even managed to make the worlds thinnest tablet the lightest tablet in its category too. With a weight of 265 grams, it is the lightest of all 8-inch tablets, and significantly lighter than the 350 gram average for 8-inch Android tablets. The extremely low weight and slimness makes it a very mobile tablet, which is what tablet computers are all about. 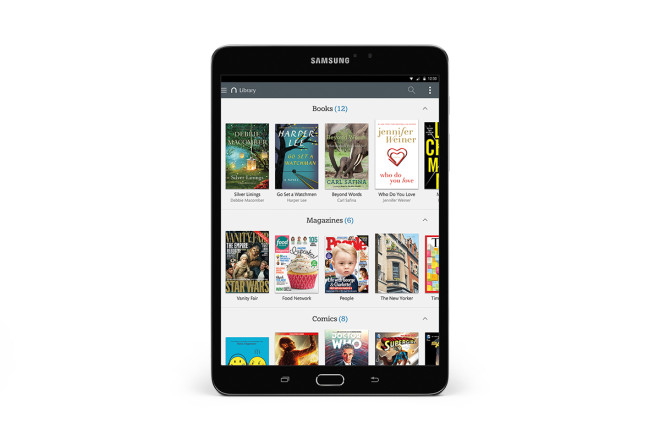 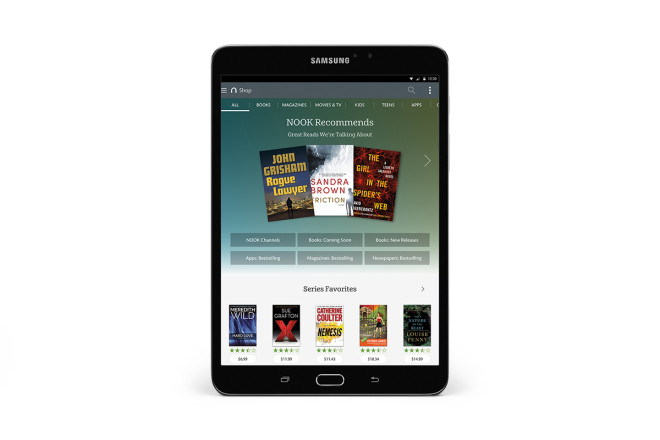 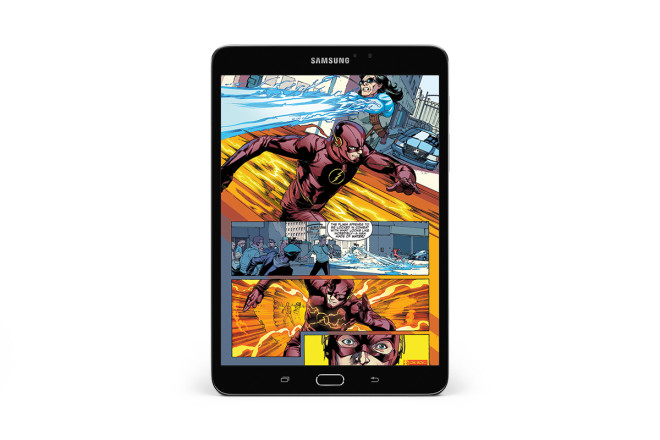 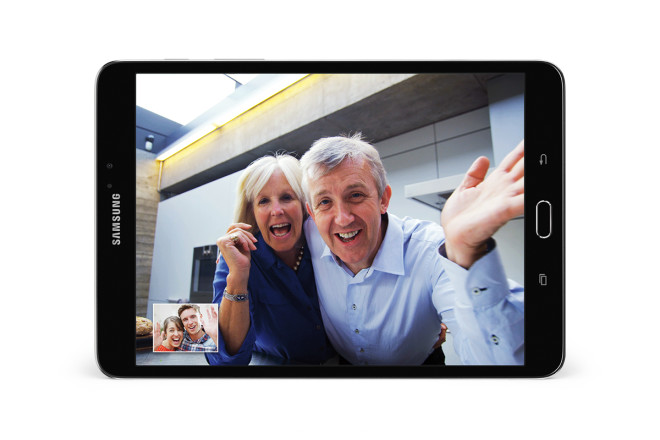 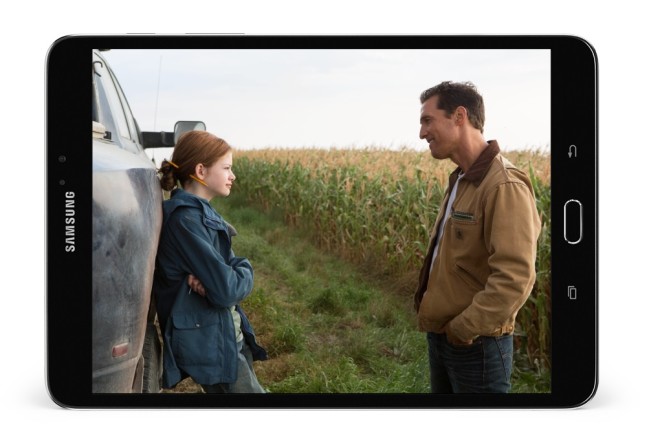 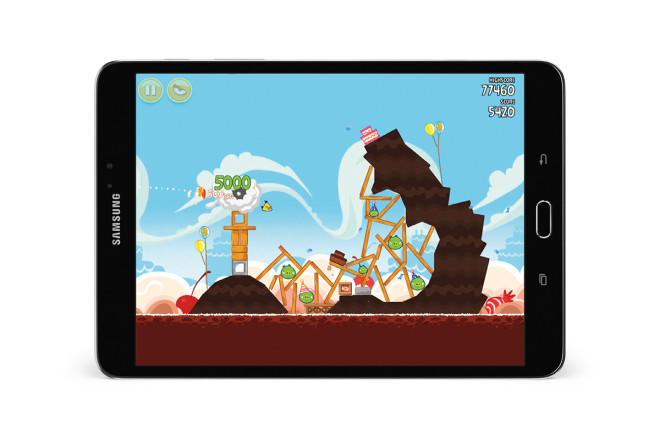 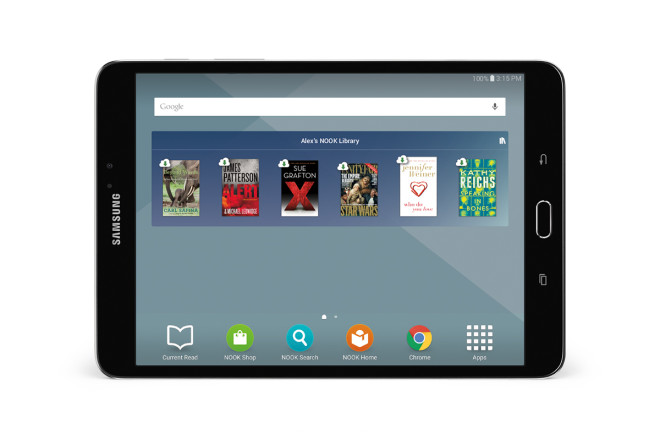 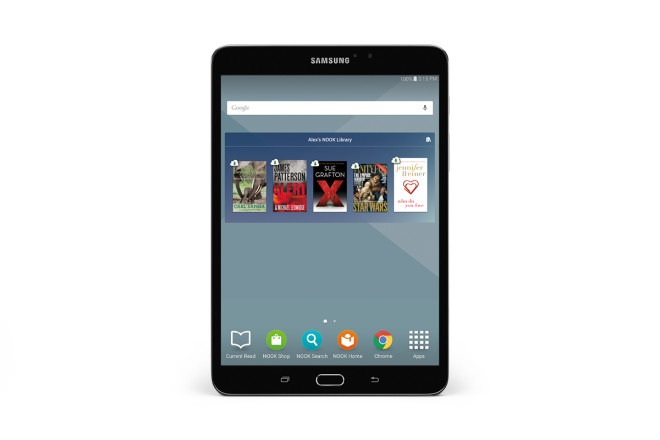 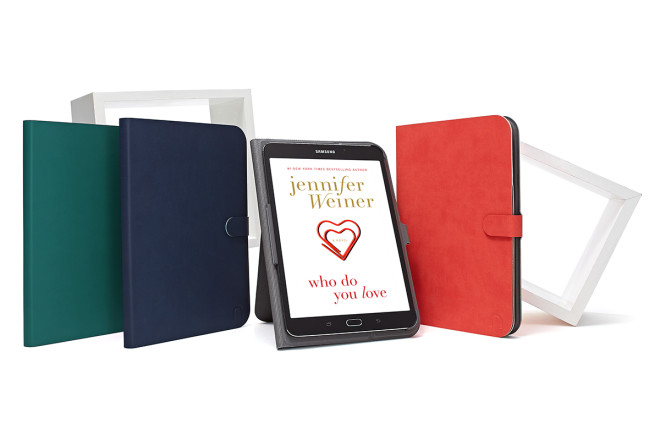 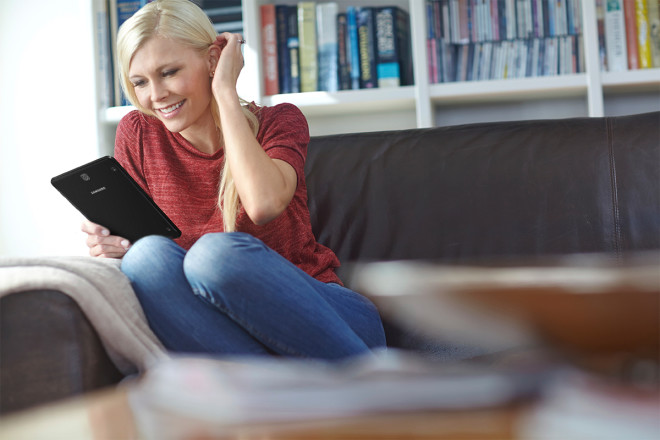