Three versions of the Samsung Galaxy Tab S2 9.7 were Wi-Fi certified under a Android 7.0 Nougat update today, which indicates that all the following models will receive an official Android 7.0 update from Samsung. 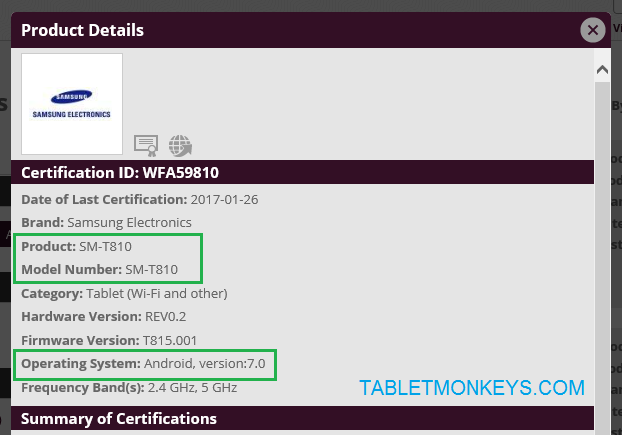 But as we can see from the flurry of official certifications today, Samsung has been trying out and certifying Android 7.0 on Wi-Fi editions of the Samsung Galaxy Tab S2 9.7 too.

The same three models were collectively benchmarked with Android 7.0 in December, so this had been somewhat expected.

We should expect the same Nougat updates on the 8-inch Samsung Galaxy Tab S2 SM-T710 models soon too, considering that they have the exact same hardware, motherboard, firmware, and software as the larger 9.7-inch model, battery size and outer dimensions aside.

A new Samsung Galaxy Tab S2 version was introduced last year (still called Tab S2 (or Tab S2 VE in some markets)) as SM-T713 and SM-T813 with a Qualcomm Snapdragon processor, with even better performance, and with Android 6.0 Marshmallow installed already. These have becomme hugely popular 8-inch and 9.7-inch tablets, so I expect them to be treated to Android 7.0 Nougat too. 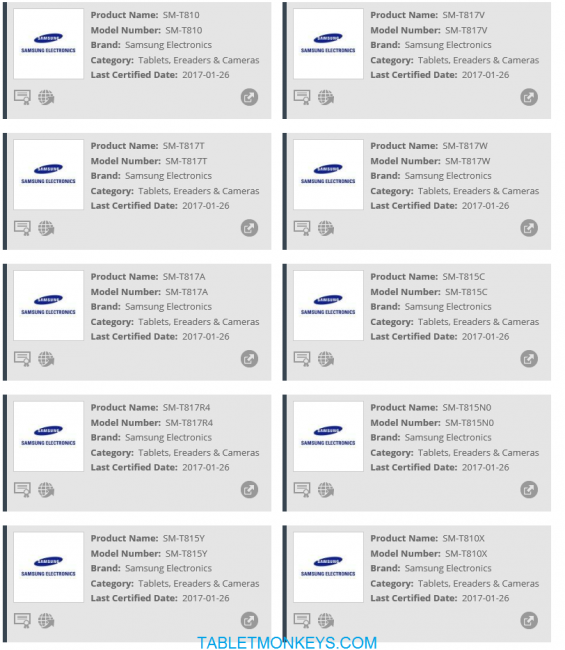 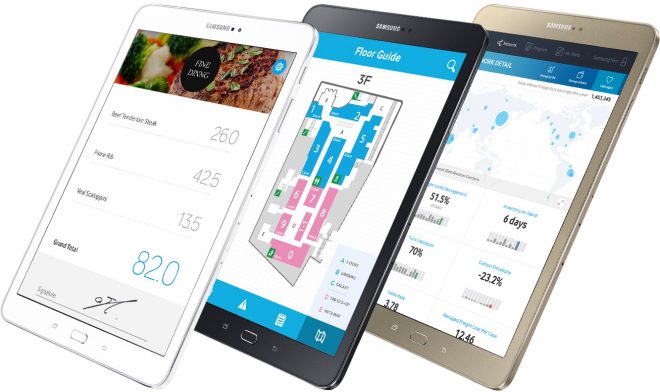