Samsung Galaxy Tab A 10.1 with S Pen (SM-P580) is the newest Samsung tablet right now in 2017, and also the hottest and bestselling Samsung tablets in years, because of its integrated stylus, good specs, its incredibly long list of apps and features, all combined with a relatively low price.

It was relased in the US on October 29th with Android 6.0, but as Samsung said today, it will be updated to Android 7.0 Nougat within the first half of 2017. 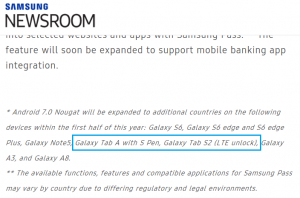 Screencap of the Android 7.0 announcement

Samsung Galaxy Tab A 10.1 with S Pen has an integrated S Pen digitizer with a very long list of features and supporting apps, a sharp and beautiful 10.1-inch screen with Full HD 1920 x 1200 resolution, is powered by a powerful octa-core Samsung Exynos 7870 processor, has 3GB of RAM, and 16GB and 32GB storage options with a very high 256GB microSD card support.

Samsung also said that a second tablet that will get the Android 7.0 update is the Galaxy Tab S2 (LTE unlocked), without specifying further what particular model that is, since there are 6 model variations of these. This update will also be rolled out within the first half of 2017 said Samsung today, and we will update one the date of the update is set for both of these Samsung tablets. 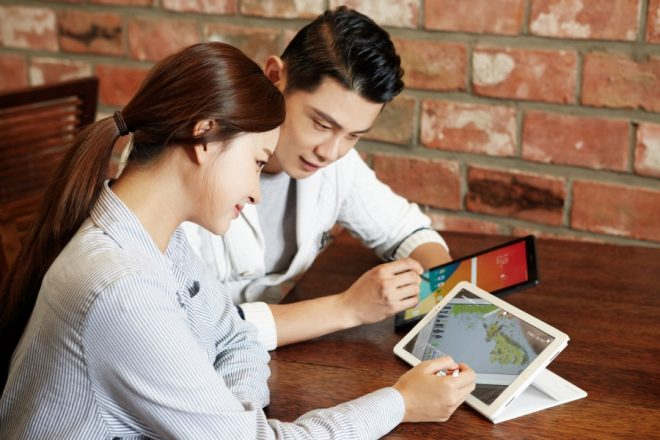 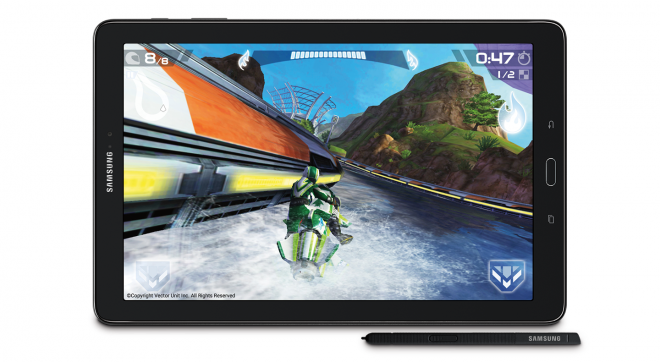 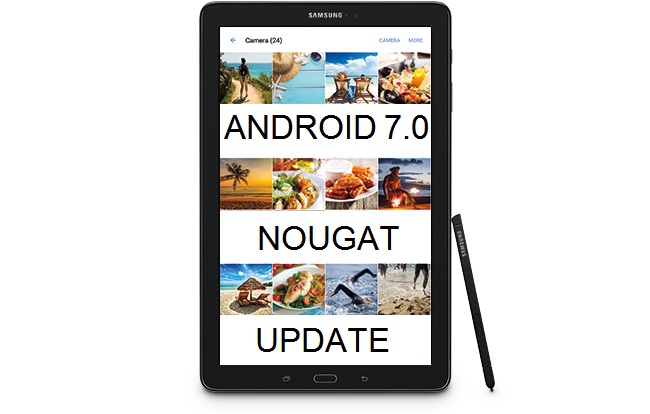